“I watched the ground constantly. Its unevenness was my undoing”
Kate Davis on poetry, landscape and disability

Elle Eccles interviews Penned in the Margins author Kate Davis about her debut collection, The Girl Who Forgets How to Walk, published in June.

Elle: What led you to write The Girl Who Forgets How to Walk?

Kate: I was born in a house tucked into the edge of a wood. It was wild and cut-off, and I realised that wherever I was the view constantly surprised me. Often I’d be somewhere and I’d look up and find what was in front of me wasn’t quite what I was expecting. That’s when I realised that I’d spent my life looking at the ground. It was instinctive. After I caught polio, my brain began making my body stay alert, stop me tripping up and falling. It was then that I started looking at what I’d written and deliberately allowing myself to remember things. As I remembered I wrote the poems. 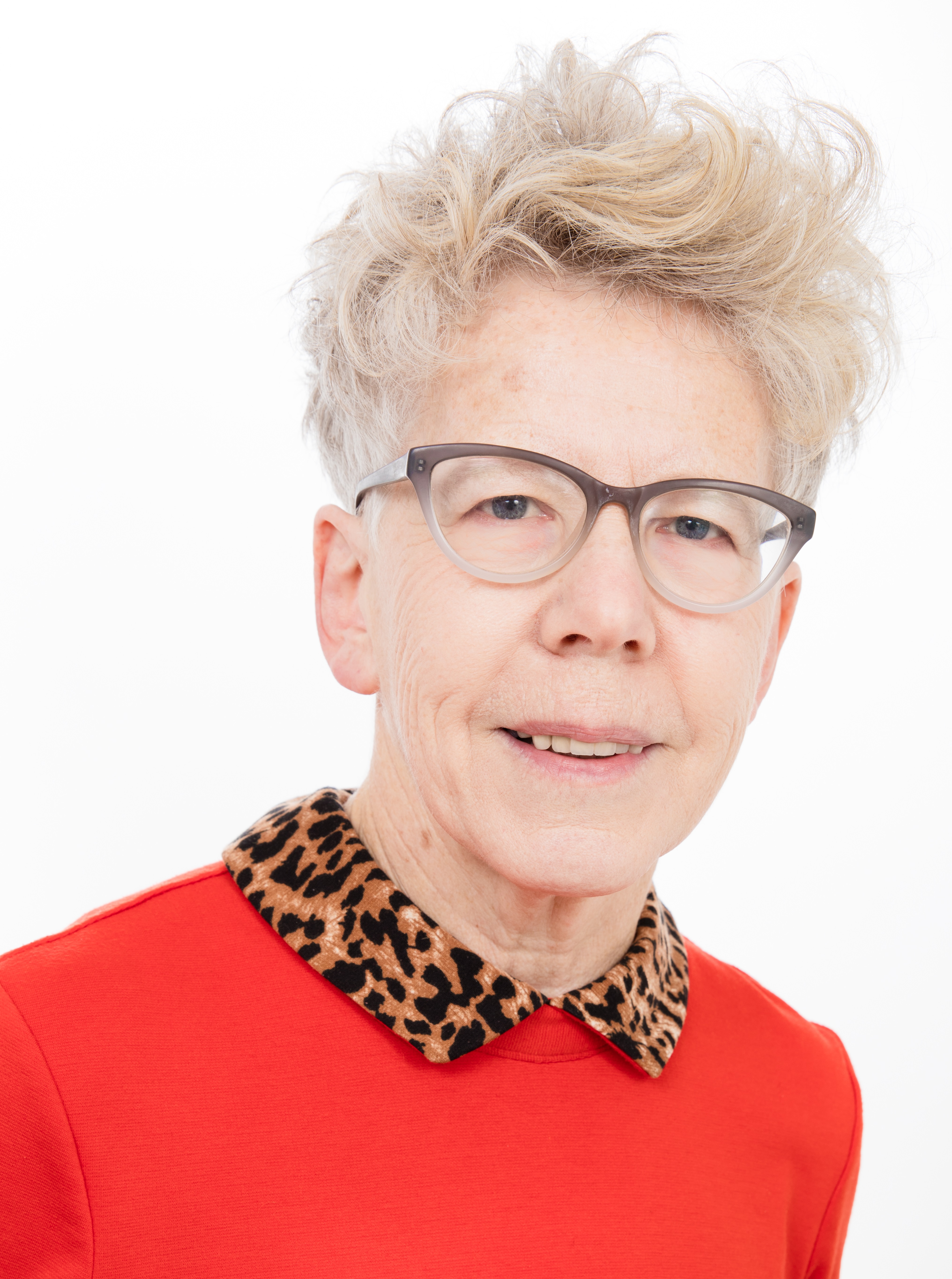 In your book you talk about your experience as a child diagnosed with polio. Could you describe the physical impact this has had on you?

I was four when I caught polio. From the day I started at senior school I’ve spent a lifetime doing my best to ignore and hide the fact of having had polio.

Paralytic polio does what it says on the label. My legs stopped working, and I couldn’t even move a toe on my right leg. I also had an autonomic neuropathy from the day I was ill: it makes my leg cold as death and the skin go blue and mottled. Over the months that followed I was able to walk slowly but with what’s called a ‘dropped foot,’ which means that in order to take a step you have to lift your leg up high enough to stop the foot dragging on the floor and tripping you up. I was fitted with callipers and had appalling black orthopaedic boots made for me by a lovely man in a tiny workshop in the nearby town. I used to take it all off when I got to school, stuff it on a high window ledge and put my PE plimsolls on. At the end of the day I’d put it back on to go home. It disappeared once and was never seen again. The doctor was furious. He was convinced I’d thrown it in the tarn. In my early teens the horror of finding out that I was one of the crippled children was dreadful. I wasn’t sad about it but I was beginning to be deeply ashamed.

In my 20s my leg developed paraesthesia, a miserable neurological event which feels like fire ants crawling under your skin. I call it ‘foot-burn’ and I had it every night with increasing severity until I developed a new and quite spectacular neuropathy in my late 50s. Now my leg is numb up to around my rib cage. On the plus side I can hardly feel the paraesthesia. The down side is that my body’s neurological response to touch is to interpret the sensation as pain. It makes sitting down intensely uncomfortable and often impossible. Most chairs are dreadful, which makes going to events really difficult and embarrassing. I spend most mornings in bed, which is fine; I like my bedroom and I can work without too much distracting pain. 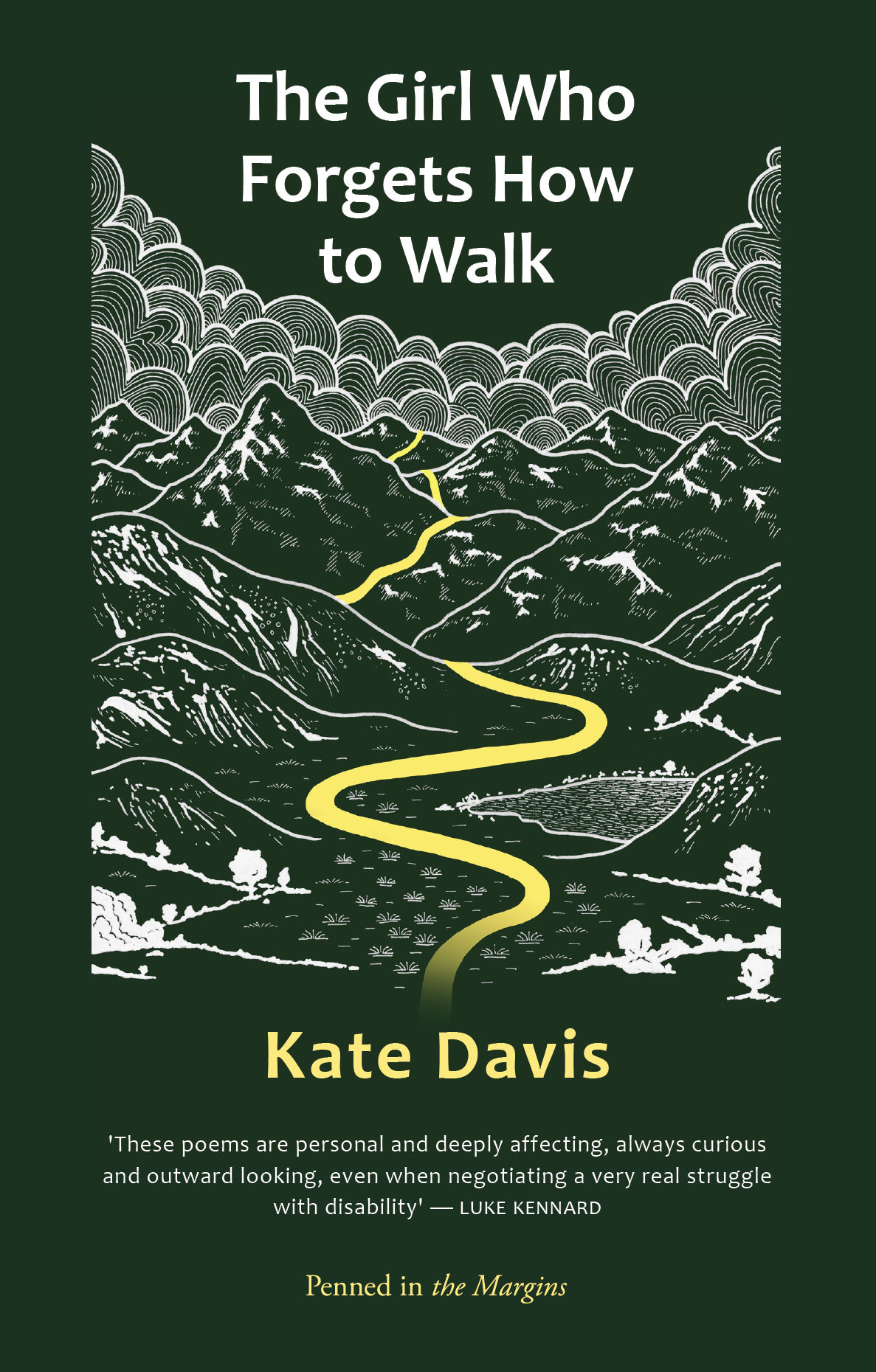 In turning your story into a collection of poems, how did you choose which moments to illustrate?

The poems are based on the way I’ve remembered things. Some of my memories seem intense and very clear but I know that they can’t be accurate. There was no particular order to the writing of them, really. The difficult part was trying to sort out where one thing ended and another began.

In illustrating this process of forgetting that the book centres on, you show us a girl and the things she knew and didn’t know. Why the choice to write about this girl in the third person rather than telling the story as yourself?

Once I started consciously writing the story it was like writing about someone else. Sometimes I’d write things and they’d make me wince, they were so visceral and unpleasant. Now and again I felt sorry for her in a way that I’ve never felt sorry for myself.

I made a conscious decision to go back and decide at what point ‘she’ becomes ‘I.’ I found that bit very hard. Eventually I wrote a poem called ‘How to Notice the Sky’ in which ‘she’ is talking to ‘I,’ in effect a conversation with myself about the urgency of experiencing things in the very moment they happen, not waiting for a better view. After that the poems were all ‘I.’ 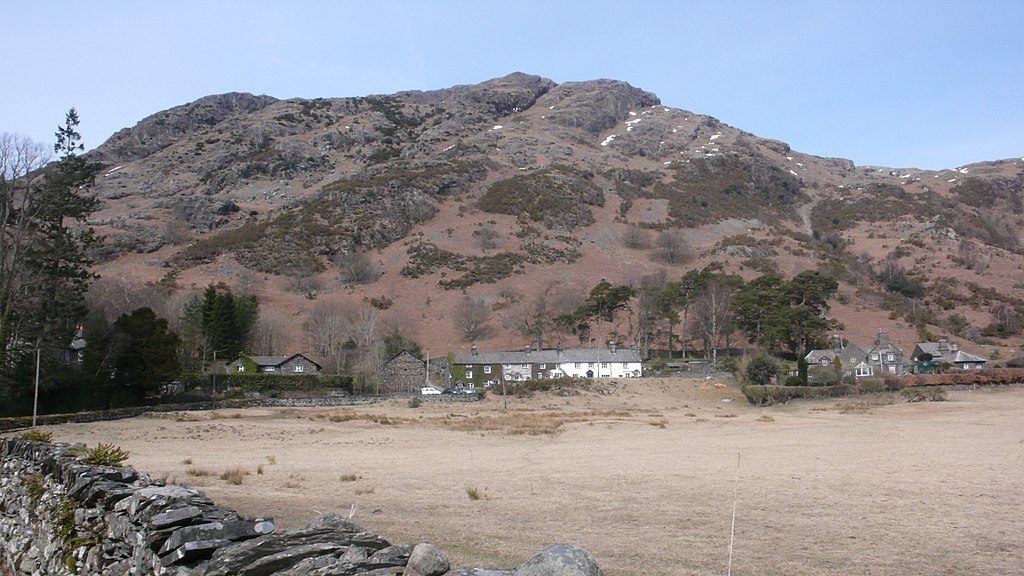 In one poem you write, “When they say geology, she sees anatomy”. How did the landscape of the area you grew up in, south Cumbria, influence the way you think about the world?

The landscape was hilly and littered with huge, pockmarked rocks and areas where there only ever seemed to be the thinnest covering of soil over the rock beneath, no covering at all in many places. It always looked and felt to me like the earth’s bones were showing through. I spent a great deal of time sitting on those places, exploring the tiny plants and peeling back the thin turf to uncover the rock-bones and the creatures just underneath. I watched the ground constantly; in some ways its unevenness was my undoing, my enemy, but I love the place then and I still do.

Some of your poems talk about taxidermy, even relate it to geology, referring to animals’ bodies as “an undulating strata of rocks / still soft enough to fold without breaking.” What inspired your interest in taxidermy and how would you say your experience with animals’ bodies relates to your own experiences?

I learned taxidermy after I was asked to write a series of stories for an installation in the Natural History Department at Manchester Museum. A few years later I found someone to teach me and had a go. It’s much harder than I thought. I’m quite good at bad taxidermy, but I can do OK taxidermy if I concentrate. One of the most magical things I found was what happens when you prepare a creature, peeling it inside out until its skin is attached to its body by its lips or beak only. When I lay them down it’s like a kiss, as if the creature is suddenly able to see itself and adore what it sees. I call it ‘the mirror moment’ and I do find it moving, perhaps because it looks fantastic but also maybe the sense of knowing one’s own inner workings and seeing one’s gorgeous complexity and perfection. 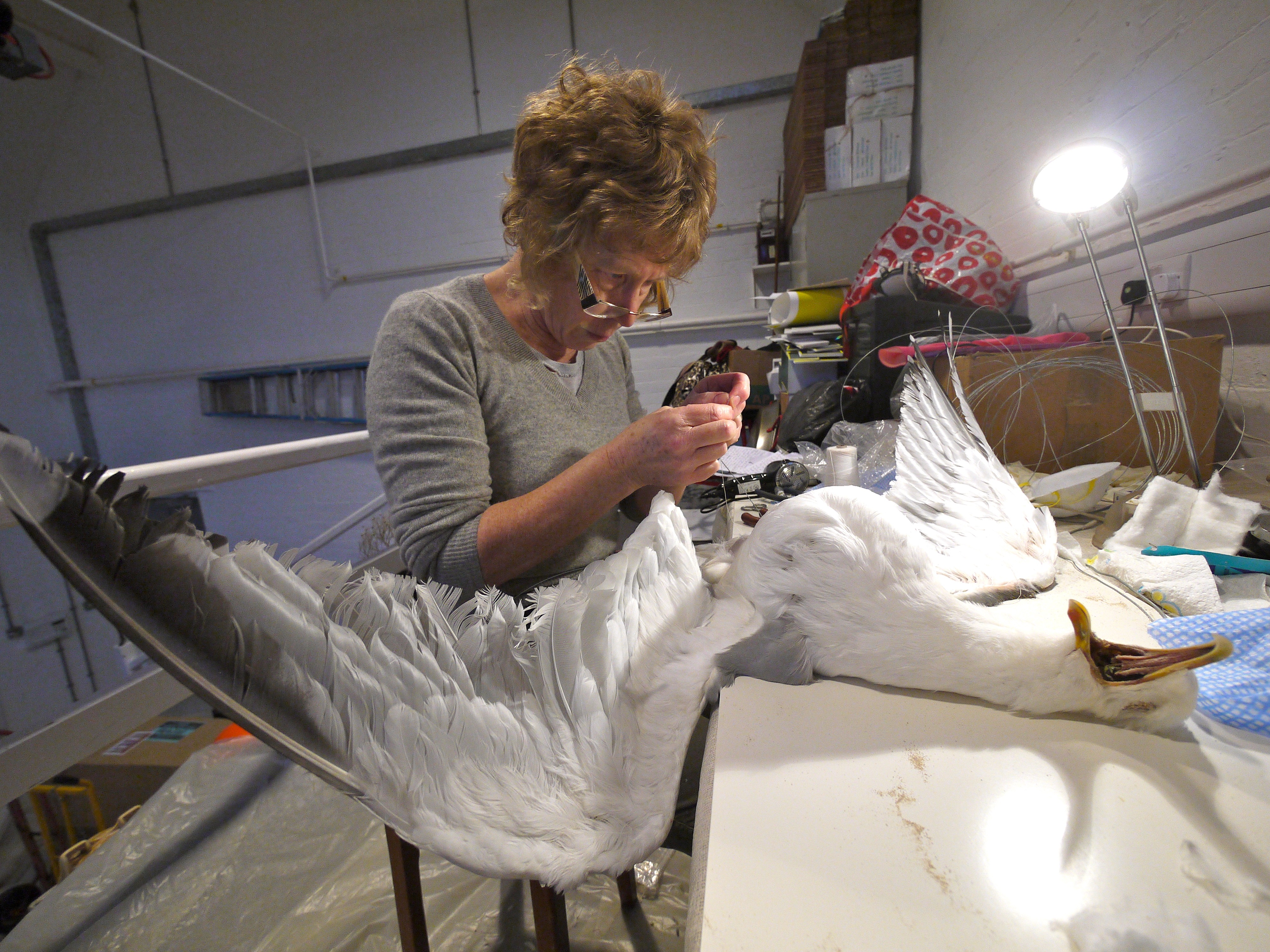 What are you hoping that people will get from this book when it comes out?

I didn’t have any conscious intention or imagined audience when I wrote the poems; I was exploring and recording my own experience of my own little world. I don’t want to ‘explain’ anything and I can’t do with sympathy, it makes me ungracious and too often a bit rude. I would like people to enjoy the girl’s story; it’s one that’s a bit unusual, that’s all. I’m enjoying developing the poems for performance and working out new ways to present the story and what it was like growing up in that odd place. 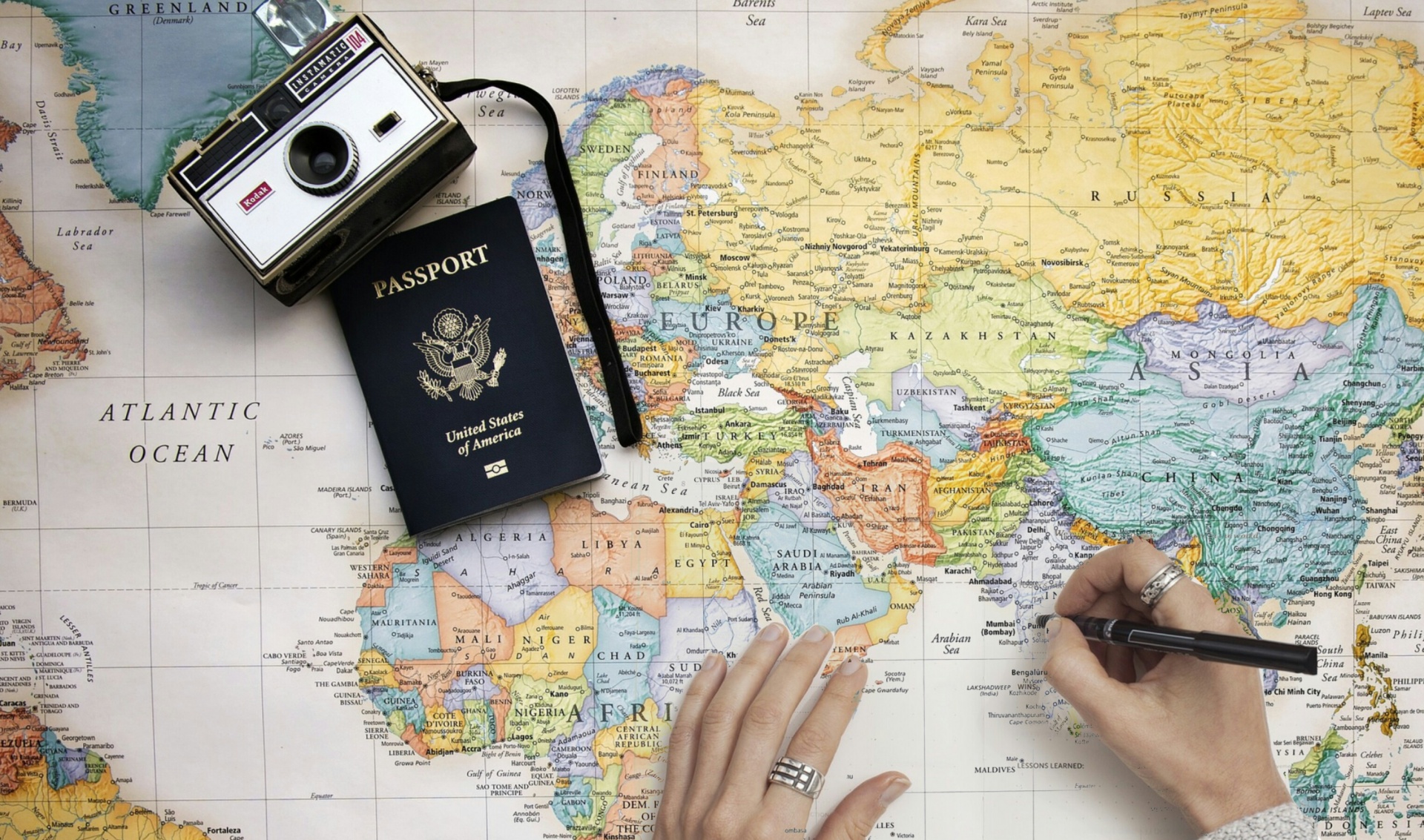 Elizabeth-Jane Burnett to publish new poetry collection, Of Sea, in 2021