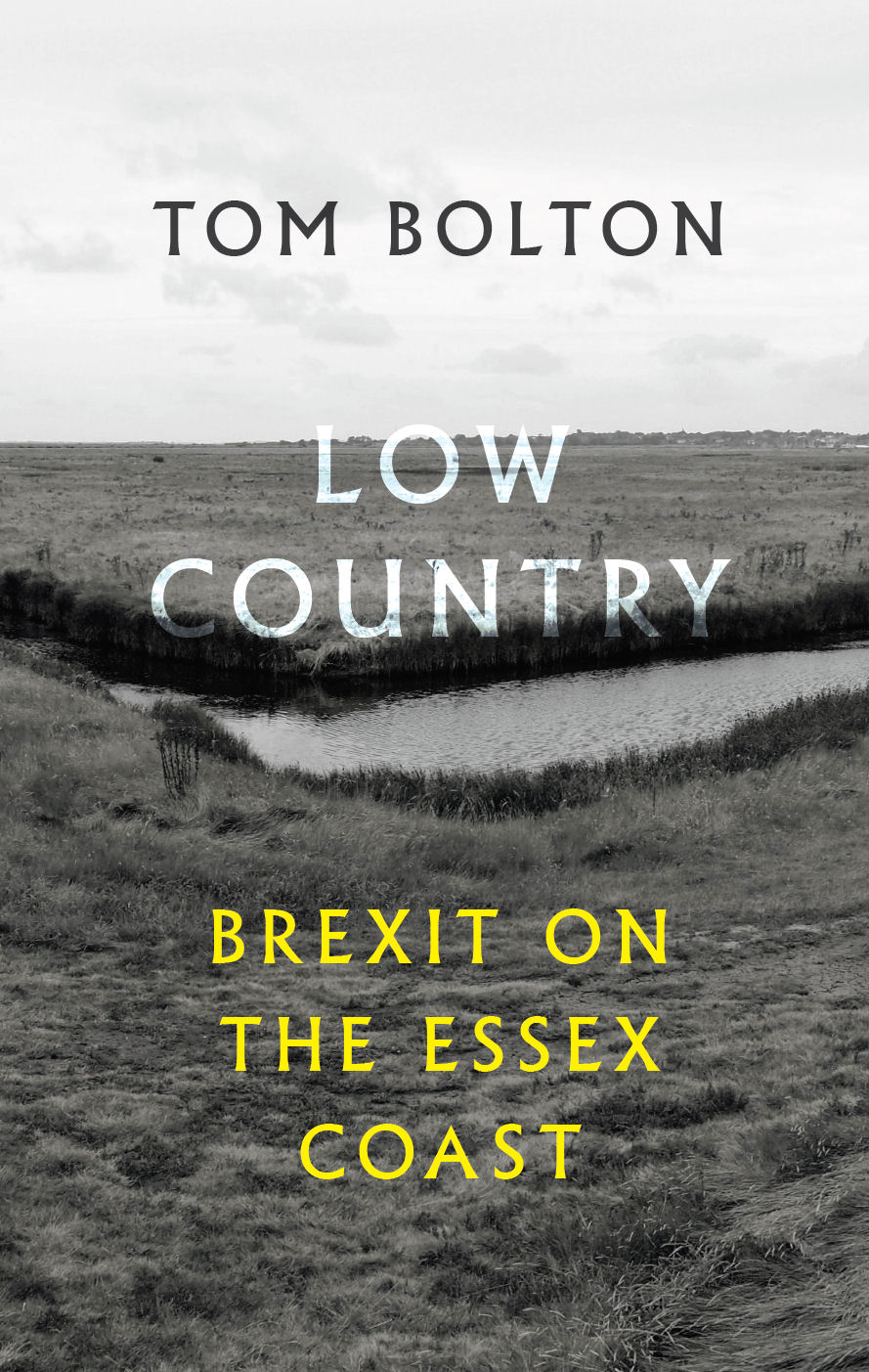 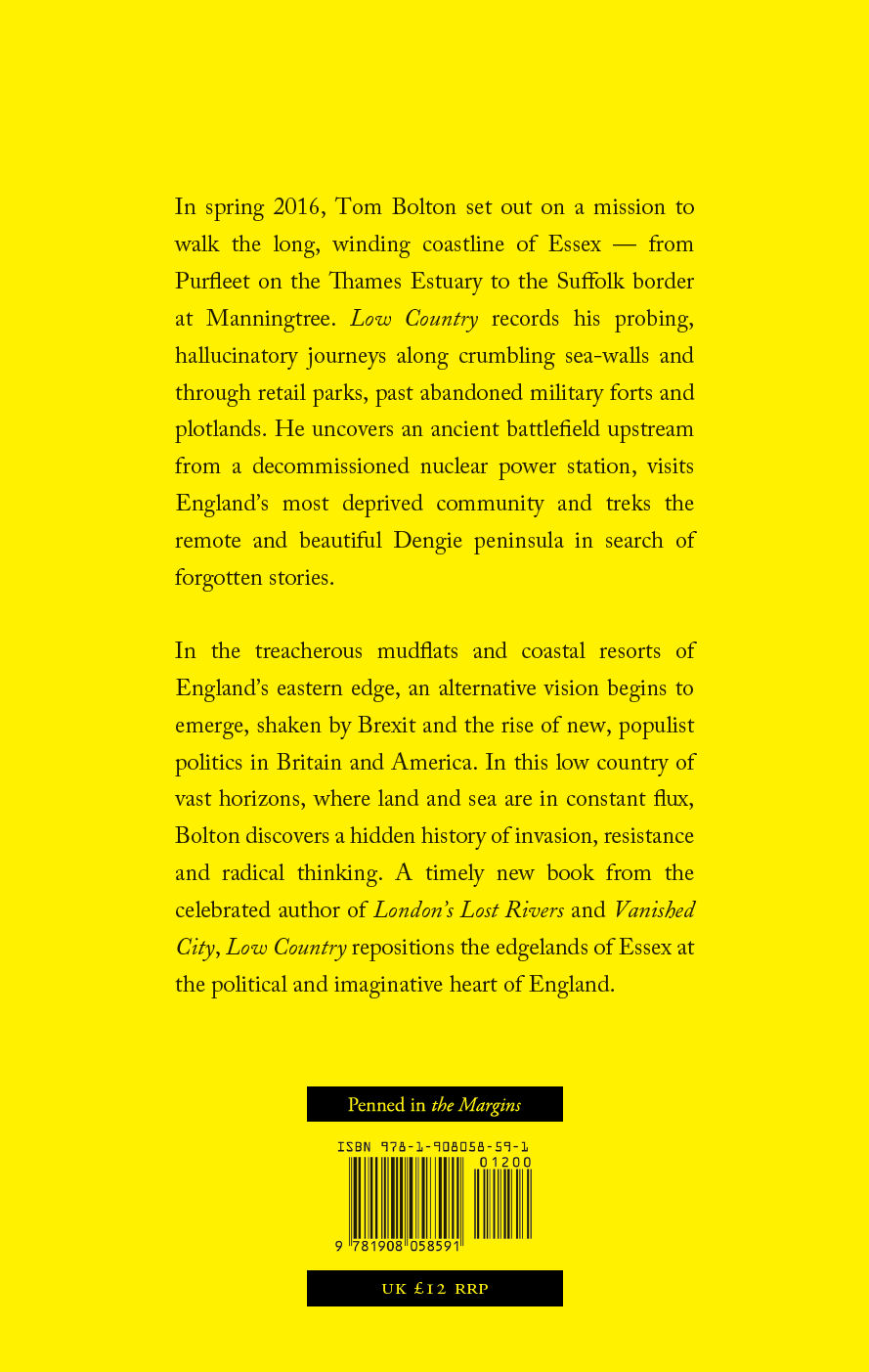 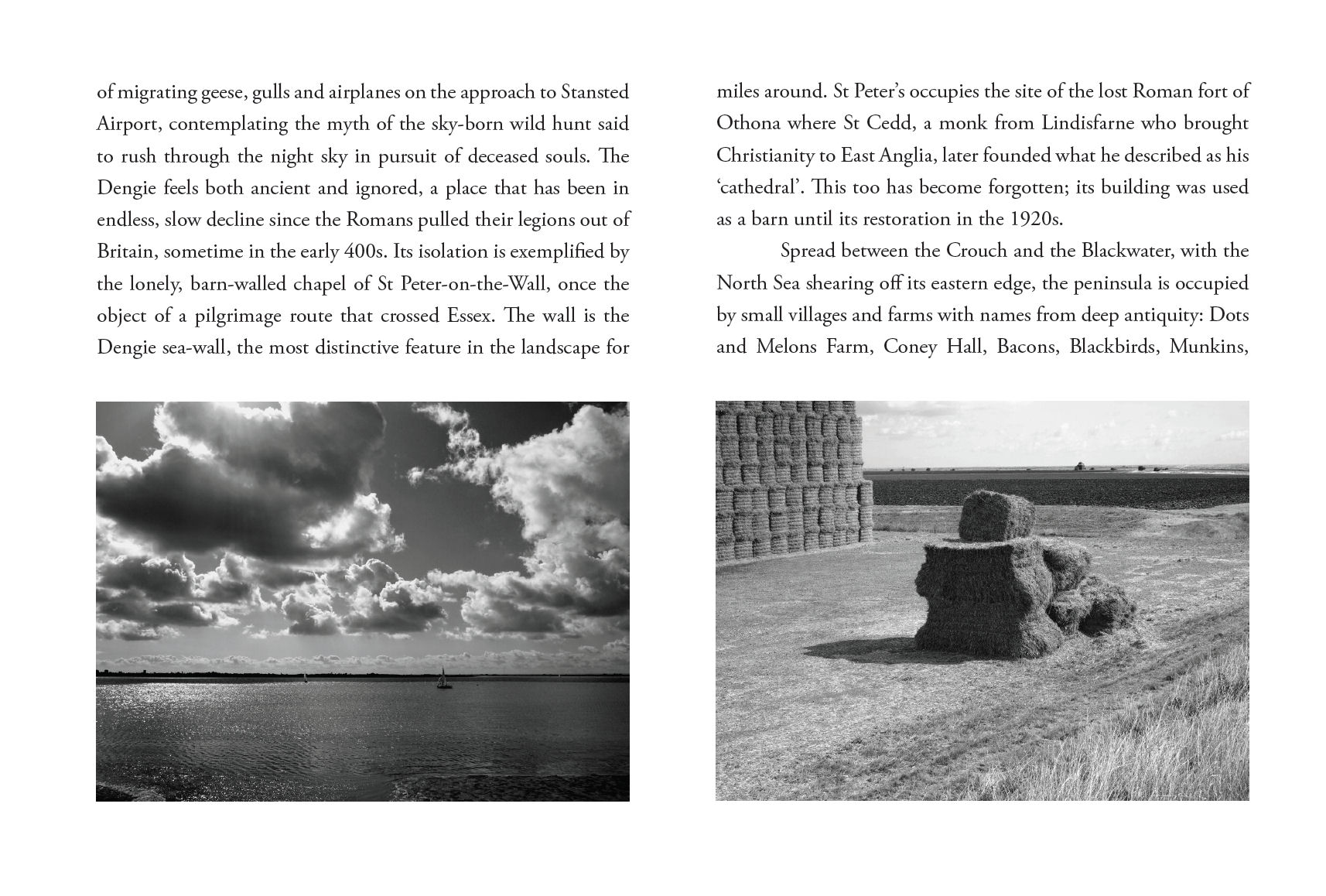 with photography by tom bolton and maps illustrated by oliver barrett

shortlisted for the new angle prize 2019

In 2016 Tom Bolton set out on a mission to walk the long, winding coastline of Essex — from Purfleet on the Thames Estuary to the Suffolk border.

Low Country records his probing, hallucinatory journeys along crumbling sea-walls and through retail parks, past abandoned military forts and plotlands. He uncovers an ancient battlefield upstream from a decommissioned nuclear power station, visits England’s most deprived community and treks the remote and beautiful Dengie peninsula in search of forgotten stories.

In the treacherous mudflats and coastal resorts of England’s eastern edge, an alternative vision begins to emerge, shaken by Brexit and the rise of new, populist politics in Britain and America. In this low country of vast horizons, where land and sea are in constant flux, Bolton discovers a hidden history of invasion, resistance and radical thinking. A timely new book from the celebrated author of London’s Lost Rivers and Vanished City, Low Country repositions the edgelands of Essex at the political and imaginative heart of England.

'We are given a rich sense of the wonders of the Essex coast both from Bolton and from the writers who trudged along these muddy paths long before the words Britain and Exit had ever been fused together.'
James Canton, TLS

'Low Country: Brexit on the Essex Coast [is] a handsome volume illustrated with atmospheric black and white photographs. Although it treads familiar ground, it deftly seeks to understand the relationship between marginal landscapes and embattled identities and loyalties in a world of political turmoil. [...] Bolton’s book, with its engaging style and terrific bibliography will further enhance the county’s singular appeal, the astringent nature of which surely suits the times.'
Ken Worpole, The New English Landscape

'Bolton’s walk takes him from Purfleet on the Thames Estuary to Manningtree on the Suffolk border. But his odyssey is not unbroken: work commitments and the practical limitations of public transport mean that the journey needs to be made in stages and on weekends often weeks apart. But this does not seem to affect the continuity and power of Bolton’s narrative, indeed there is a hypnotic quality to his landscape descriptions in this book; something to do, perhaps, with the way that the writer conveys how it seems the three elements of the coastline of Essex, sky, sea and sand, constantly coalesce at the vanishing point forming an unreachable fourth place.'
Bobby Seal, Psychogeographic Review

'Low Country is a wide-raging and fascinating book taking in people, political and newsworthy events, and the changing industry, landscape and use of the coastal region.'
Clare Wadd, Caught by the River

'Tom Bolton's Low Country is a journey through Essex, a travelogue, a mapping of the history of the region and also an unrolling of Britain set against the backdrop of Brexit. It's a gripping narrative and the photographs which accompany the text are beautiful additions to the story.'
Andrew C Burton East Anglian Daily Times 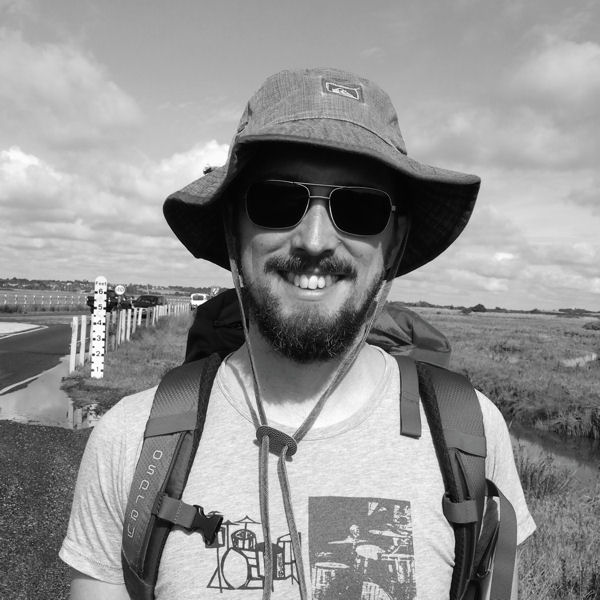 Tom Bolton is a writer and researcher. He writes books and essays about cities, places, landscape and culture. He is the author of Vanished City: London’s Lost Neighbourhoods, London’s Lost Rivers: A Walker’s Guide and Camden Town: Dreams of Another London.

Find out more about Tom Bolton 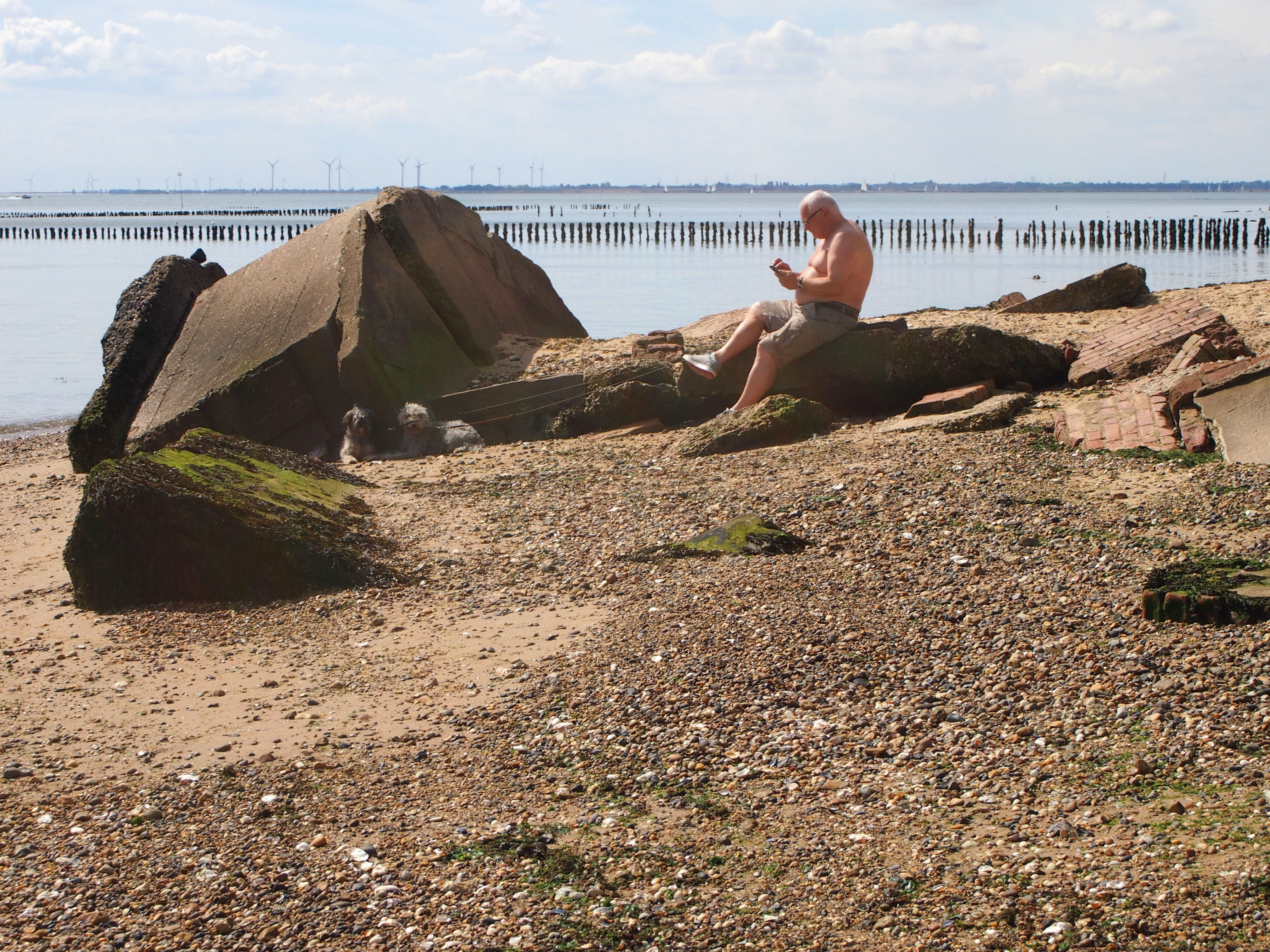 30 Days to Brexit: Tom Bolton on Walking the Political Landscape 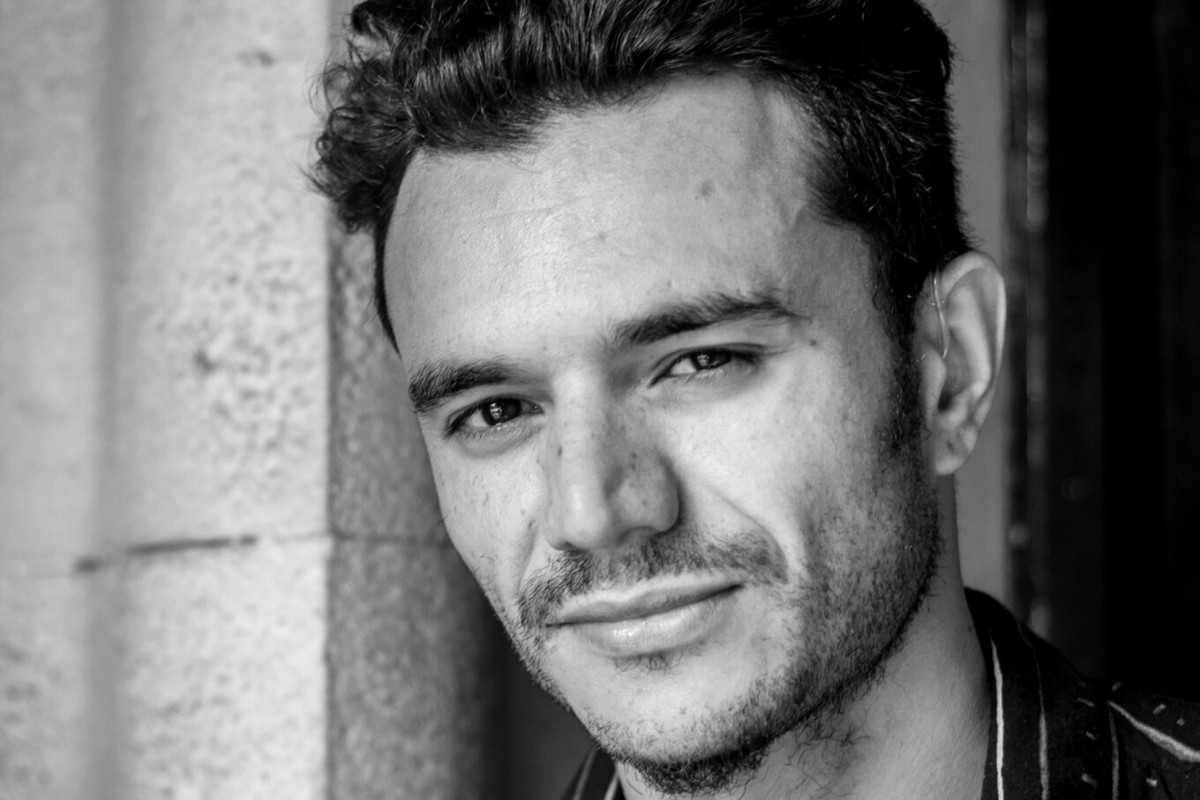 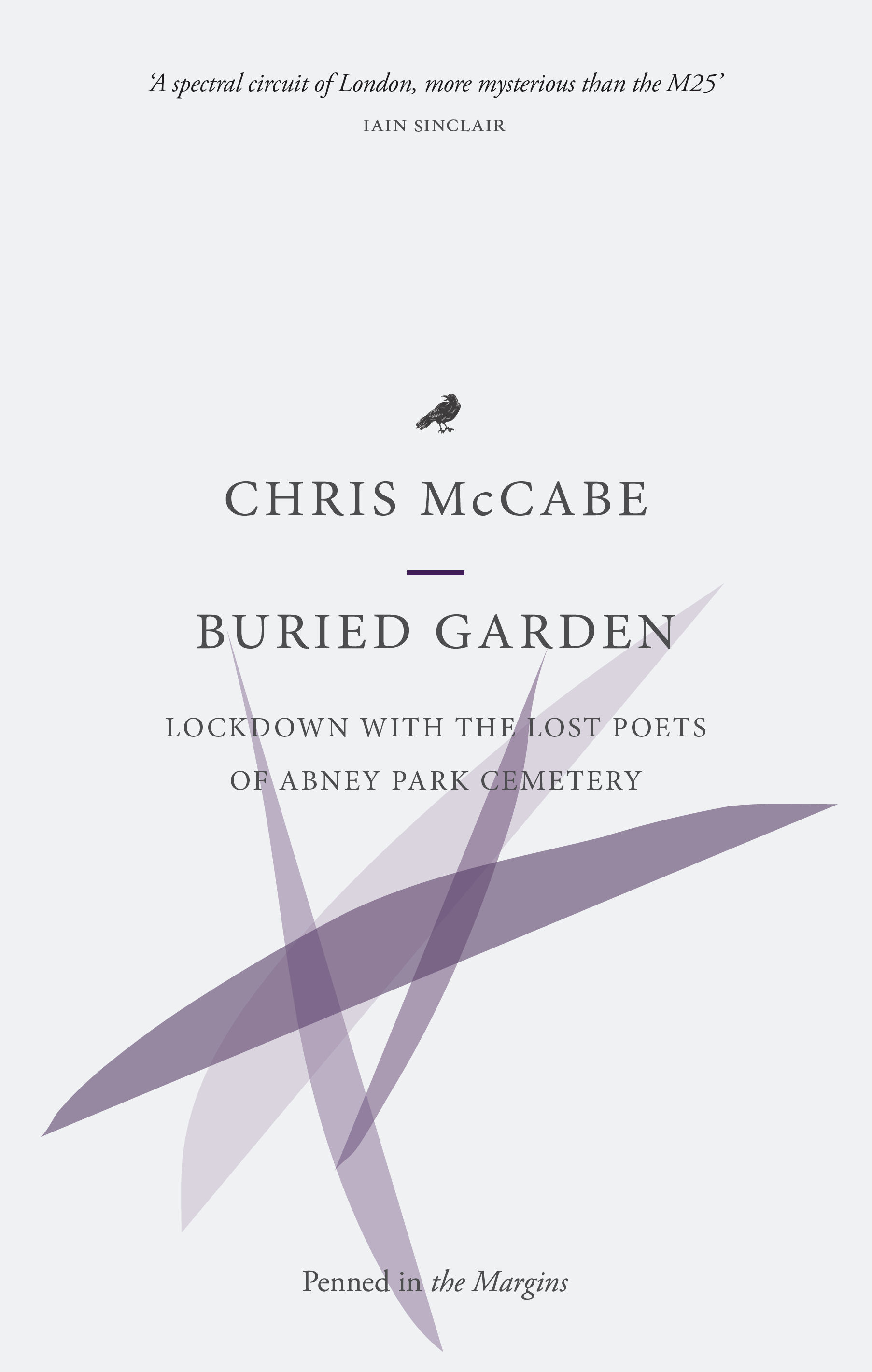