Rebecca Tamás reckons with blood and earth, mysticism and the devil, witch trials and the suffragettes in her debut collection WITCH, released 20 March.

Already awarded a prestigious Poetry Book Society Recommendation for Spring 2018, WITCH is a strange, visceral debut which introduces a major new voice in British poetry. At a time when women are calling out misogyny and oppression, the witch has become a formidable symbol of female empowerment. Tamás has skilfully channelled the zeitgeist in these remarkable poems, evoking the magical power of nature and merging it with the revolutionary potential of women’s voices.

‘For me,’ says Tamás, ‘the witch and her ability to change herself and the world through heightened magical language provided a form of poetry in which I could speak back, both into and against patriarchal history.’ ‘The witch,’ she adds, ‘is female power at its most multiple: raw, emotional, visceral, angry, funny and free.’ 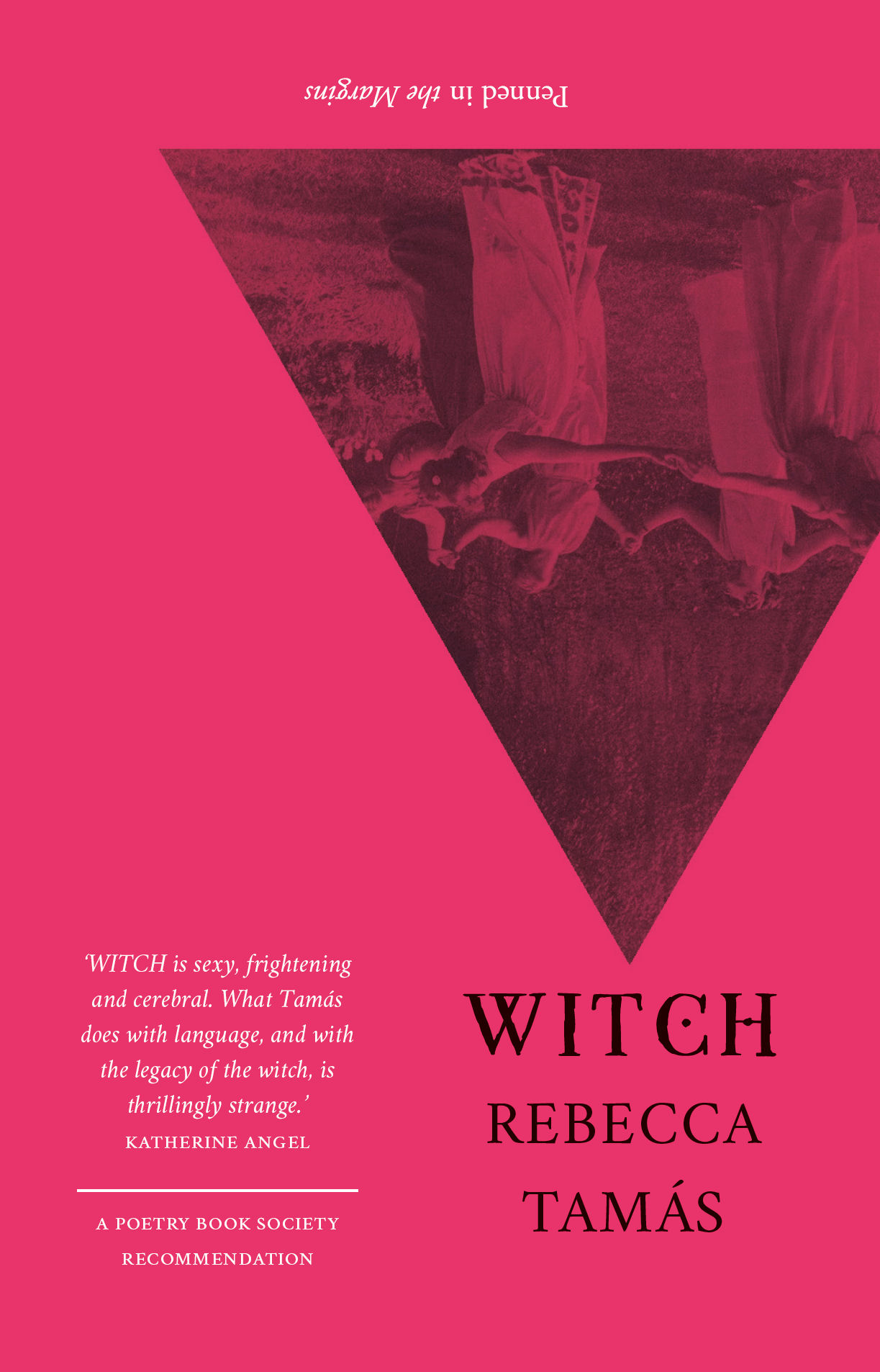 Publisher Tom Chivers says, ‘Rebecca Tamás is one of the most exciting and talented poets to emerge in recent years: fiercely intelligent, politically radical and darkly witty. To read her poems is to be unsettled and then transformed.’

‘My heart pounded as I read WITCH; I felt as if Tamás’s words were burning the page as I read. WITCH is sexy, frightening, and cerebral at once; full of the weight of history, while also being witty, contemporary, and playful. What Tamás does with language, and with the legacy of the witch, is thrillingly strange. She is the real deal.’
Katherine Angel, author of Unmastered: A Book on Desire, Most Difficult to Tell

‘Emerging from the gloom, in tar, grit and blood, WITCH is an occult trip, a miasmic universe without stricture. A fissure through the lyric mode, the poems ooze up through the cracks like lava. Demons, vomit, eggs, agony; I want to live inside this book.’
Rachael Allen, author of Kingdomland

‘Sharp-witted, trenchant and bold, Rebecca Tamás’ WITCH awaken primordial parts of our being, releasing energy that had been mobilized towards repression. These spells and hexes reanimate historical female silence, demanding that we listen to all that had been kept latent for so long.’
Nuar Alsadir, author of Fourth Person Singular

‘WITCH is the book of poems we need in 2019. WITCH makes us question what or who we pray to, what we write poems for, and how we are living and if this is really the right way.’
Dorothea Lasky, author of Milk

Penned in the Margins creates publications and performances for people who are not afraid to take risks. From small beginnings as a reading series in a converted railway arch in south London, Penned in the Margins has grown over the last decade into a respected, award-winning literary arts company producing new work live, in print and online. Their books have been shortlisted for the Costa Poetry Award, Gordon Burn Prize and the Dylan Thomas Prize; in 2017 they were shortlisted for the Clarissa Luard Award for Independent Publishers.

For review copies, sales enquiries, further information or to request an interview with Rebecca Tamás, please contact Bex Shorunke on 020 7375 0121 or bex@pennedinthemargins.co.uk.