To mark the publication of The East Edge: Nightwalks with the Dead Poets of Tower Hamlets, Chris McCabe shares his favourite nightwalkers…

In his book Nightwalking: A Nocturnal History of London, Matthew Beaumont argues for a distinction between the Noctambulant, the one who is out walking with a purpose, and the Noctavigant, the one who walks with criminal intent. For a long period of London’s history, just to be outdoors at night was to be considered criminal and many writers have crossed the threshold into Noctavigation, bringing back their experiences of the city after dark to their writing. In Medieval England there was a curfew on being outside the confines of the City of London after 8pm in summer and 9pm in winter. This made nightwalking a transgression, a pursuit that turned the curious into the criminal. Although less strictly adhered to in the Early Modern period, the curfew bell continued to ring when Thomas Dekker, the unofficial Laureate of the London night began to write. Dekker’s works are fascinated with the Elizabethan night, with titles including The Bellman of London and Langhorne and Candle-light.

In Dekker’s work the night is called ‘darkmans’, London is renamed ‘Romeville’ and there is an appearance of the ‘Moon-Men’. ‘Give me leave’, Dekker writes, ‘to lead you by the hand into a wilderness where are none but monsters’. Dekker actually used the phrase ‘Night-Walke’ and is responsible for arguably our clearest depiction of the Early Modern nocturne, describing it as ‘a vast, silent charnel-house hung, to make it more hideous, with lamps dimly and slowly burning in hollow and glimmering corners’.

Noctavigant: The curfew bell could still be heard in Elizabethan England and those like Dekker who walked the night were viewed with suspicion. 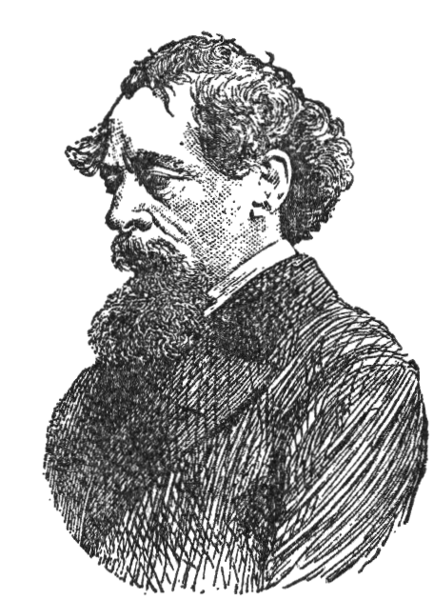 Some years ago, a temporary inability to sleep, referable to a

distressing impression, caused me to walk about the streets all night,

for a series of several nights.

So begins Charles Dickens’ ‘Night Walks’, an essay written for his column as ‘The Uncommercial Traveller’ in the early 1860s. . Dickens invented a word for the people still out and about at night: ‘houseless’. This accounts for the temporary homelessness of bodies outside of the confines – and safety – of four walls. Most vivid in Dickens’ account of the Victorian city is the drear dripping on Waterloo Bridge, a drunk he names ‘Dry Rot’ and the Old Kent Road which he describes as existing in “expiring fits and starts of restlessness”. Has London of a night changed much over the past 150 years? ‘When one drunk staggers into the shutters of a shop’, he writes, ‘another will soon be along to fight with it’.

Noctambulant: Victorian London of a night was legal territory for men, and Dickens being Dickens had a free pass. 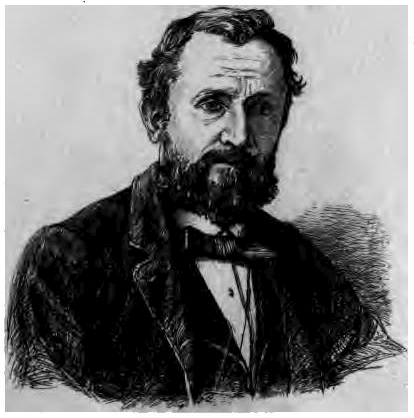 The title of BV Thomson’s most celebrated work says everything about the angle from which he approached London: ‘The City of Dreadful Night’. This long, surreal, macabre and unique poem has been described by Raymond Williams as ‘a symbolic vision of the city as a condition of human life’:

Although lamps burn along the silent streets,
Even when moonlight silvers empty squares
The dark holds countless lanes and close retreats

Thomson was born in Glasgow in 1834 but his family moved to East London when he was six. The poverty, bleakness and epic scale of what he saw would have played a massive part in his poetic development. Following the death of his mother and, later, a failed love affair, he experienced an adulthood of depression, insomnia, dipsomania (the Victorian term for alcoholism) and radical dissent.

Like Dickens, he put the night terrors of sleeplessness to good use and went out to walk the streets of London. These experiences informed his masterpiece ‘The City of Dreadful Night’ which is a precursor to Surrealism and existential philosophy. The narrator drifts through the London streets as if in a dream, at one point stumbling upon a scene which could have taken place in Tower Hamlets Cemetery Park: a sphinx and an angel appear facing each other:

The Angel’s wings had fallen, stone on stone,

And lay there shattered; hence the sudden sound

Noctavigant: BV Thomson may have been held on suspicion for two reasons: he was rarely sober of an evening, and he was a Dissenter, with a published track record of writing radical texts. William ‘Spring’ Onions was an East End legend. He is buried in Tower Hamlets Cemetery Park and is a main character in my book The East Edge. What’s not to love about Onions? He was arrested for up to 500 offences for alcohol-fuelled petty misdemeanours (apart from the manslaughter…) before he gave up the life of crime by replacing it with two things. 1) Twenty cups of tea a day and 2) Poetry. Like black mould, he was a regular on the wall of the local constabulary, a meme long before the internet was dreamt of.

There was a phrase used in the East End to describe when a poor person had stayed out on the street all night: ‘Carrying the Banner’. Onions carried the banner many times and it usually ended in prosecution. On the 20th November 1888 The Star wrote the following (the spelling of ‘Onion’ is true to the original report):

William Onion, the old man whom the Thames magistrate yesterday allowed to go free on a charge of drunkenness, went to the Shadwell Police-station last night and broke the window.

He told the magistrate that policemen followed him about to lock him up for being drunk, and that he smashed the window to save himself from being locked up. (Laughter)…

He would be sentenced to one month’s hard labour.

Despite the report stating Onions was an ‘old man’ he would actually live for another 28 years, by which point his notoriety had transferred from criminal to local poet. He is the only poet I know to end-rhyme ‘houses’ with ‘trousis’ (the type you wear).

Noctavigant turned Noctambulant: Until the end of the 19th Century Onions was firmly in the noctavigant camp, but his transformation as a poet and tea-drinker saw him reform as a Noctambulant from the start of the 20th Century. 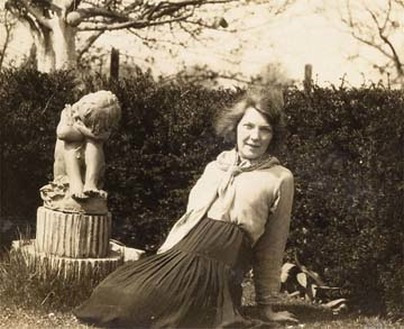 Jean Rhys isn’t usually cited amongst literary nightwalkers, but let’s make the case for her. The history of the nocturnal city has been an unsafe and inaccessible terrain for women writers. Rhys’ novels of the 1930s chart the progress of female characters in Paris and London who walk the streets at night, searching for purpose beneath the streetlamps and encountering disingenuous men whose initial promises disperse like a miasma over the river. In the grey mist of the city day creeps into night, which often comes as a relief to Rhys’s characters: ‘My new rooms were … not far from Chalk Farm Tube station’, Anna says in Voyage in the Dark, ‘there wasn’t anything much to do all day’. Julia in After Leaving Mr Mackenzie frequents ‘obscure Bloomsbury’. For Rhys’s characters, drink distorts memory as another night is spent in a run-down hostel, on the brink of a bad night’s sleep.

Rhys took the title for one of her novels from an Emily Dickinson poem: Good Morning, Midnight. Rhys wrote in her autobiography: ‘went to the Crabtree [a club on Greek Street] nearly every night and stayed till breakfast time … There were nightclubs all over London, all sorts, all prices, and all full of an excitement that I had never known before and people dancing the Destiny waltz’. Rhys’s destiny was to walk out into the London night and waltz it back into some of the most concentrated, vivid and memorable prose of the Modernist period.

Noctambulant: Rhys was drawn to the excitement of the London night at a time when it had (just about) become acceptable for women to walk the streets after dark. There was however a stigma attached to this, and it’s worth remembering the cases of women such as Constance Smith, a sex worker who was murdered on Old Compton Street in 1936. 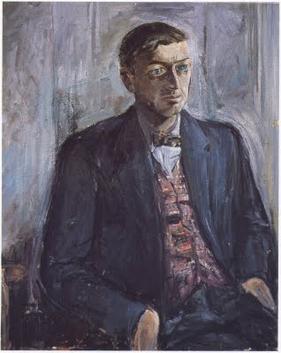 David Gascoyne’s Night Thoughts is my joint-favourite work about the night (the other being Joyce’s Finnegans Wake). Gascoyne described this a ‘radiophonic’ poem which was broadcast by the BBC in 1955. In this poem a man suffering from insomnia takes flight to the imaginary, allowing his mind to drift out across the streets of London:

Let those who hear my voice become aware

That Night has fallen. We are in the dark.

I do not see you, but in my mind’s eye

You sit in lighted rooms marooned by darkness.

My message is sent out upon the waves

Of a black boundless sea where you drift

The poem drew on Gascoyne’s experience of tackling insomnia with night walks along the Thames. The strangeness of the work draws on Gascoyne’s affinity with the Surrealist movement. He had lived in Paris, got to know André Breton and wrote the seminal A Short Survey of Surrealism (1935).

The Surrealists were advocates of the dreamlife, choosing to foreground the oddities we accept in our dreams, rethinking our everyday reality. At the 1936 London International Surrealist Exhibition Salavdor Dalí had delivered a lecture in a deep-sea diving suit and Gascoyne had to rescue the artist who was struggling for breath, rushing to find a spanner to remove the mask. Dalí’s intention was to go to the depths of the human subconscious; Gascoyne’s Night Thoughts plumbs the sleeping mind of London like nothing that has been written since.

Noctavigant: Gascoyne had an addiction to Benzedrine and was alienated as a gay man living in the UK before homosexuality was legalised in 1967. 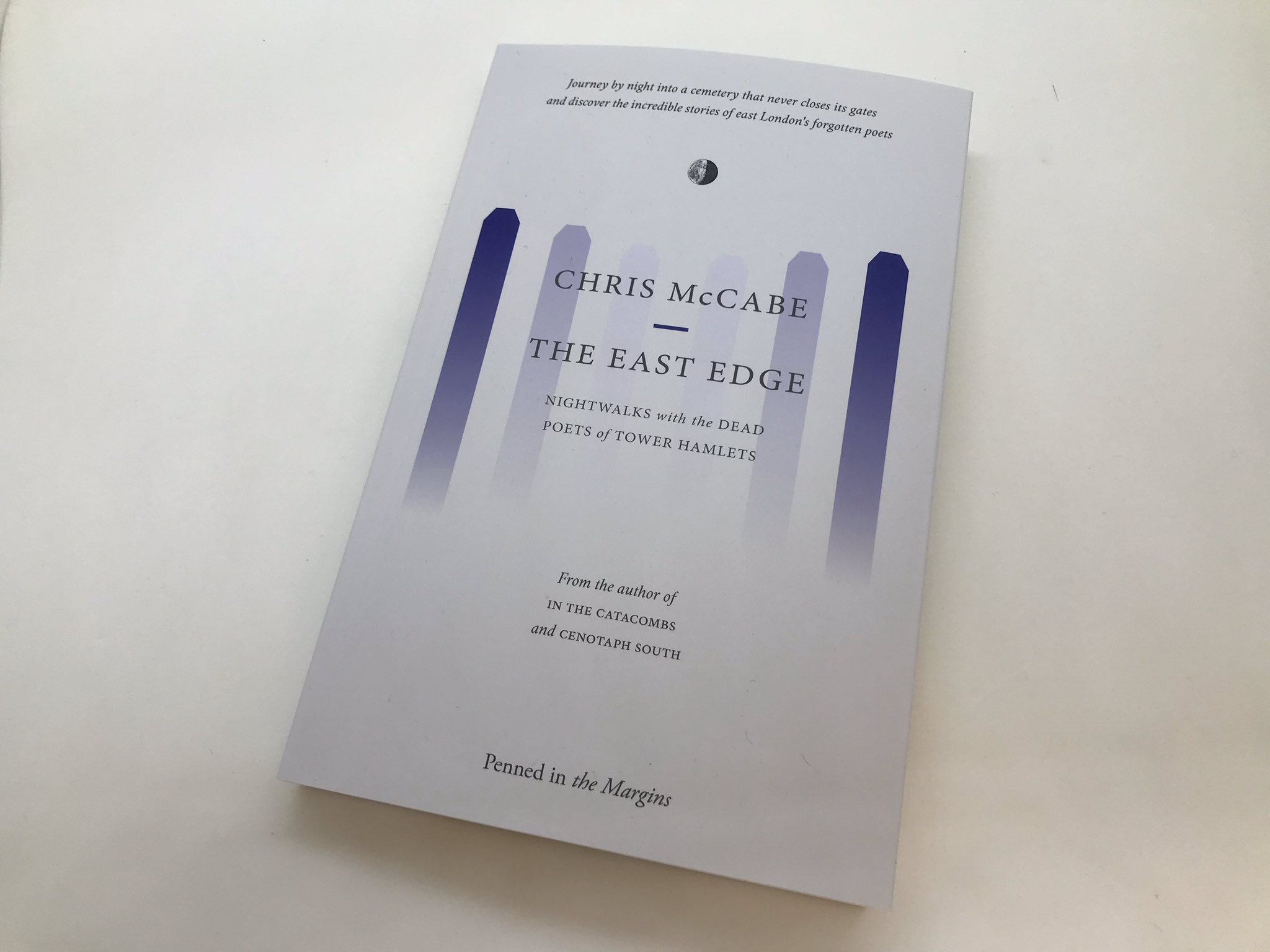