"Really intelligent, coquette, fuck-you work ... a space for a new kind of anti-misogynism in poetry." 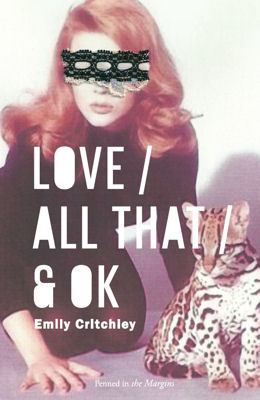 Love / All That /& OK is an anti-confessional by experimental British poet Emily Critchley.

This major new publication brings together a diverse range of work previously published in chapbooks since 2004, and includes new material from the sequences ‘Poems for Luke’, ‘The Sonnets’ and ‘Poems for Other People’.

I think the project is high electrics and considerable. I particularly care for the frailty and edges of coherence loss. It’s the intelligent frays that push under my thought and matter most.
Allen Fisher
Her formally adventurous poetry implicates its author in, then deftly upends, the conventions - political, sexual, intellectual, and emotional - that threaten to diminish the purview of any fierce, bright, 21st-century female. Critchley practises a brisk vernacular anti-lyric, often in the name of love and always in a language that (pounding Pound) 'hath 'ham' innit.' As an antidote to a future that 'may be very wrong,' these poems are absolutely right.
Jean Day

[Emily Critchley] has incorporated influences from popular culture and from a more-streetwise feminist critique. [H]er poetry ... is combative, intellectual and probing but this seems tempered by an upbeat and more popular sense of engagement, which makes her unusual and interesting [...] a genuine form of public-poetry, which can embrace both pleasure and critique without being either chic posturing or a sell-out to the market, such as it exists within poetry publishing! The thing I most enjoy about Critchley's poetry is the way in which she manages to suggest an ongoing sense of 'self-dialogue' within her writing. Whether she's talking about love (and as the title suggests, there is a lot of material about relationships) or politics or art or academic work, there's always an inner-dialogue going on, a self-assertiveness questioned in the light of a relationship to the 'public sphere'.
Steve Spence, Stride Magazine

This is an amazing, thorough collection of British poet Emily Critchley’s publications to date. You need to read this book!
Susana Gardner

[Critchley's] writing addresses love and gender politics with surprising directness, albeit mostly through misdirection, and though the book is couched as an ‘anti-confessional’, it strikes me as more of a kind of ironic examination of the confessional mode and its place in women’s poetry.
Jon Stone, Dr Fulminare 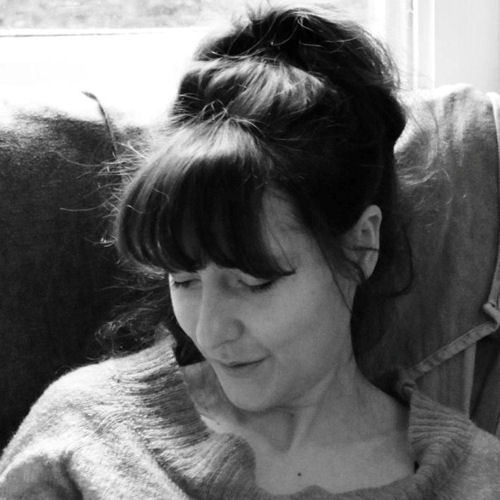 Emily Critchley is an experimental writer and academic. She holds a BA in English from Oxford, an MA from Bristol and a PhD in American Language Writing and phenomenology from the University of Cambridge. She has published thirteen poetry collections and a selected writing with Penned. She is also editor of Out of Everywhere 2: Linguistically Innovative Poetry by Women in North America & the UK (Reality Street, 2016). Critchley is Senior Lecturer in English and Creative Writing at the University of Greenwich, London.

Find out more about Emily Critchley