"Will the voices of the dead rise to meet the living? What ghosts emerge when darkness falls?" 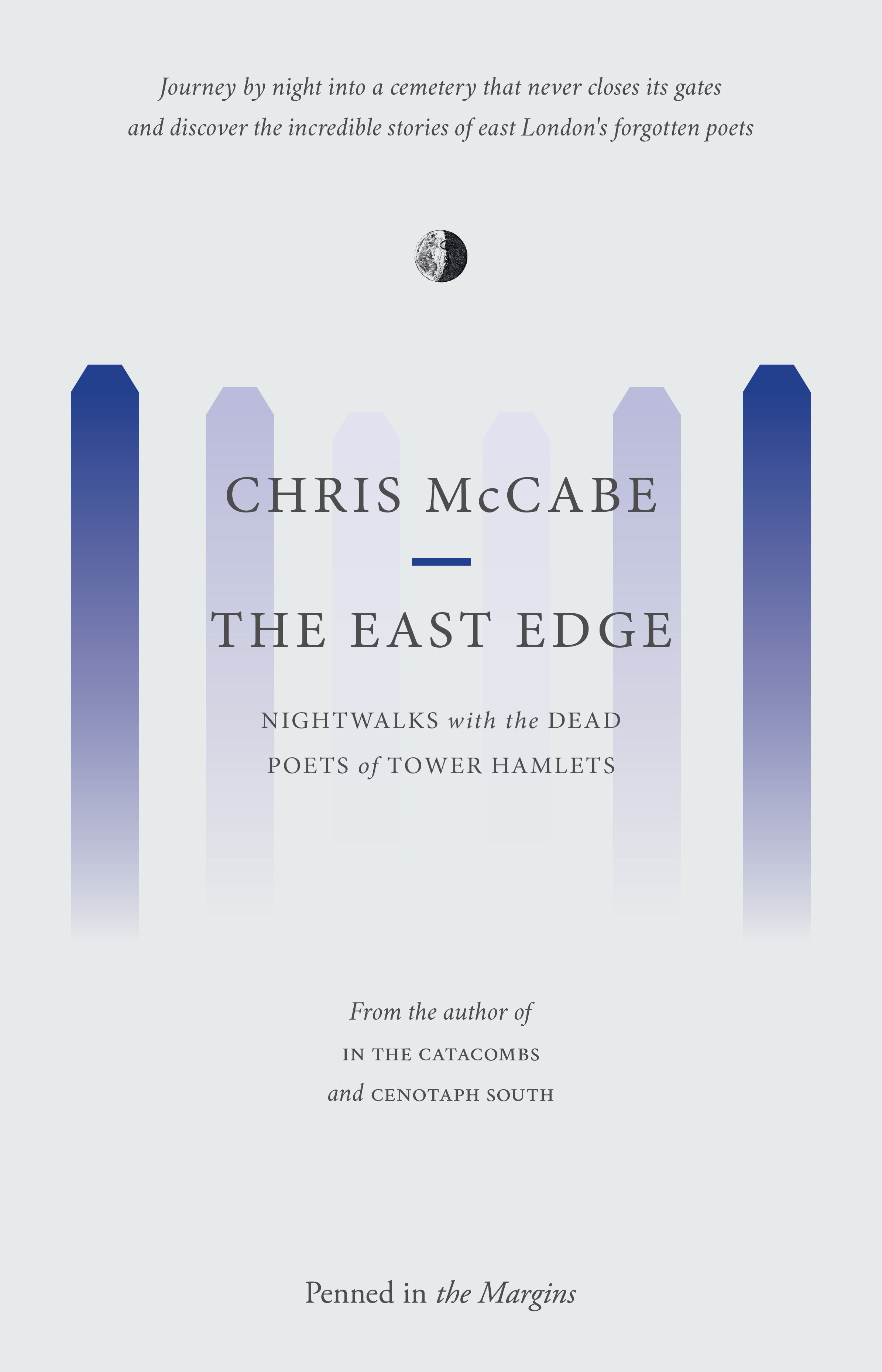 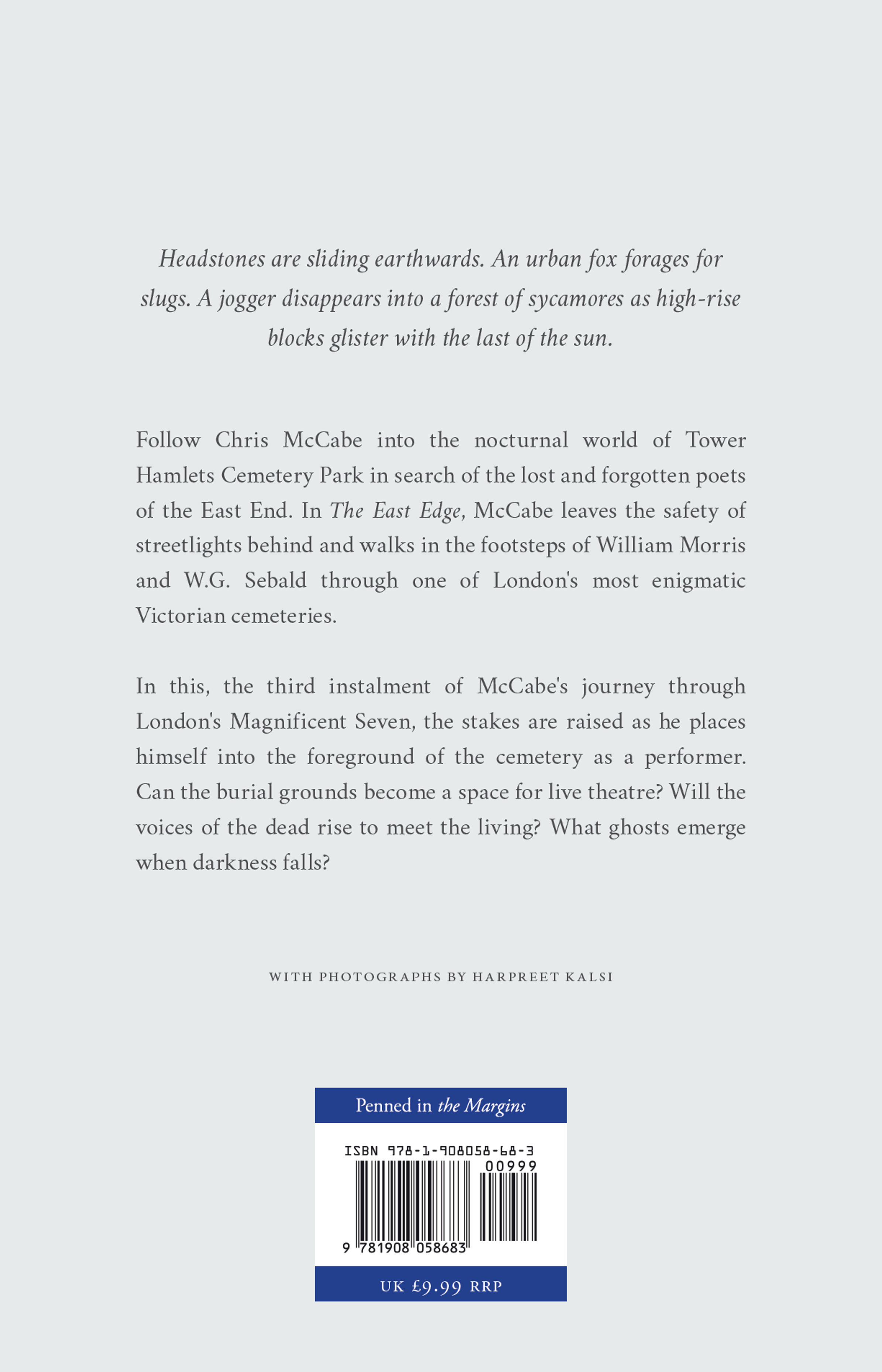 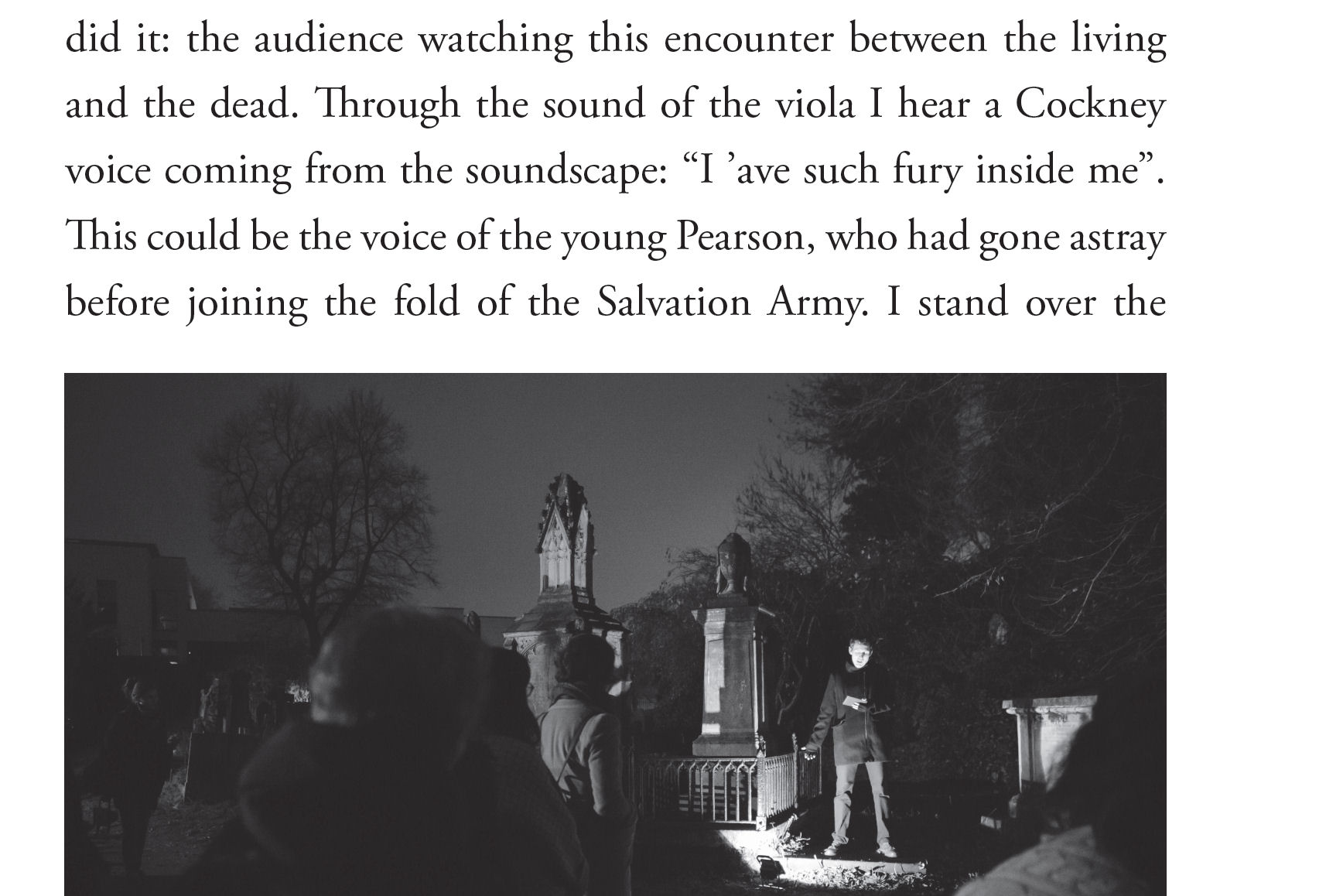 with photographs by harpreet kalsi

Follow Chris McCabe into the nocturnal world of Tower Hamlets Cemetery Park in search of the lost and forgotten poets of the East End.

In The East Edge, McCabe leaves the safety of streetlights behind and walks in the footsteps of William Morris and W.G. Sebald through one of London’s most enigmatic Victorian cemeteries.

Stealing through the shadows, McCabe discovers stories of maritime disasters and the war dead, veers off the path with contemporary poet Stephen Watts, and trawls the archives to uncover one of London’s overlooked mavericks, the career criminal-turned-poet William ‘Spring’ Onions. McCabe’s lyrical prose and trademark dark wit are interrupted by a ‘disembodied essay’, spoken by a poltergeist who has returned to haunt his master’s house.

In this, the third instalment of McCabe’s journey through London’s Magnificent Seven, the stakes are raised as he places himself into the foreground of the cemetery as a performer. Can the burial grounds become a space for live theatre? Will the voices of the dead rise to meet the living? What ghosts emerge when darkness falls?

This is a fine, achieved work, close-woven, elusive, engaged.
Iain Sinclair on In the Catacombs

Thick with research, presented with beautiful prose and a poetic heart.
Londonist on In the Catacombs

Both accessible and compelling; whether your interest is poetry, or London’s history or green spaces, you get caught up in both the challenge and in the author’s own story.
Caught by the River on Cenotaph South 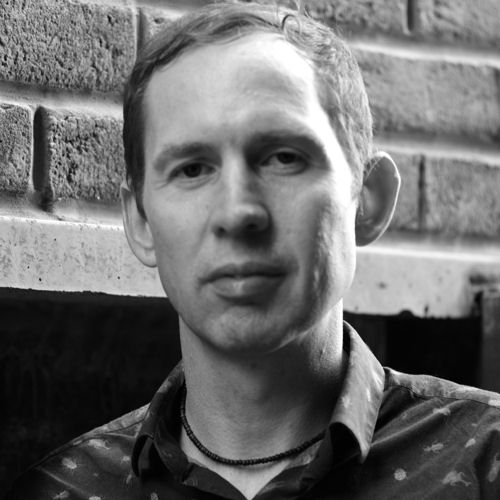 Chris McCabe’s work crosses artforms and genres including poetry, fiction, non-fiction, drama and visual art. His work has been shortlisted for the Ted Hughes Award and the Republic of Consciousness Prize. His latest poetry collection, The Triumph of Cancer, was a Poetry Book Society Recommendation. He is the editor of Poems from the Edge of Extinction: An Anthology of Poetry in Endangered Languages. His first novel, Dedalus, is a sequel to Ulysses, his second, Mud, a version of the legend of Orpheus and Eurydice set underneath Hampstead Heath. He works as the National Poetry Librarian at Southbank Centre's National Poetry Library. 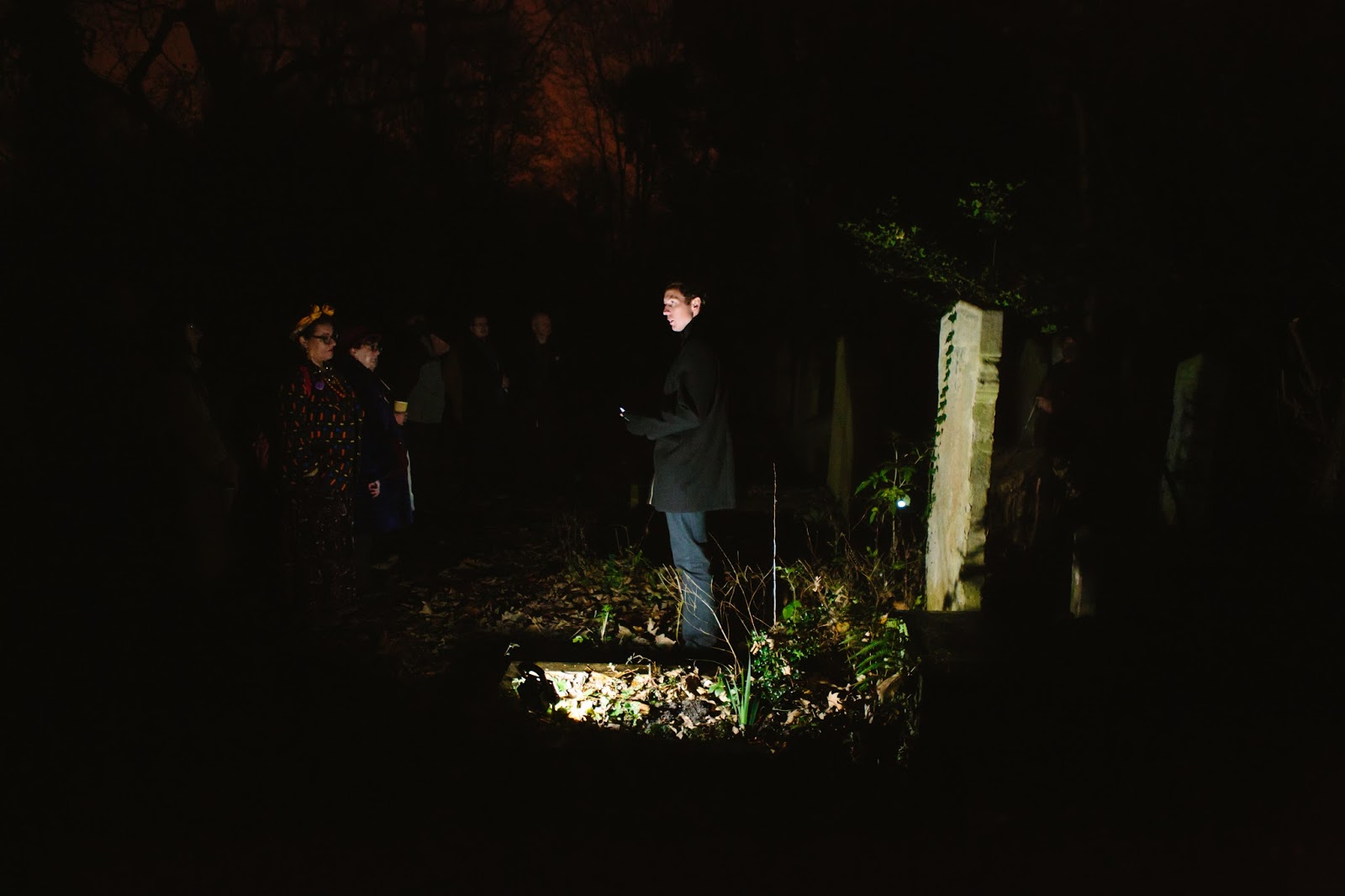 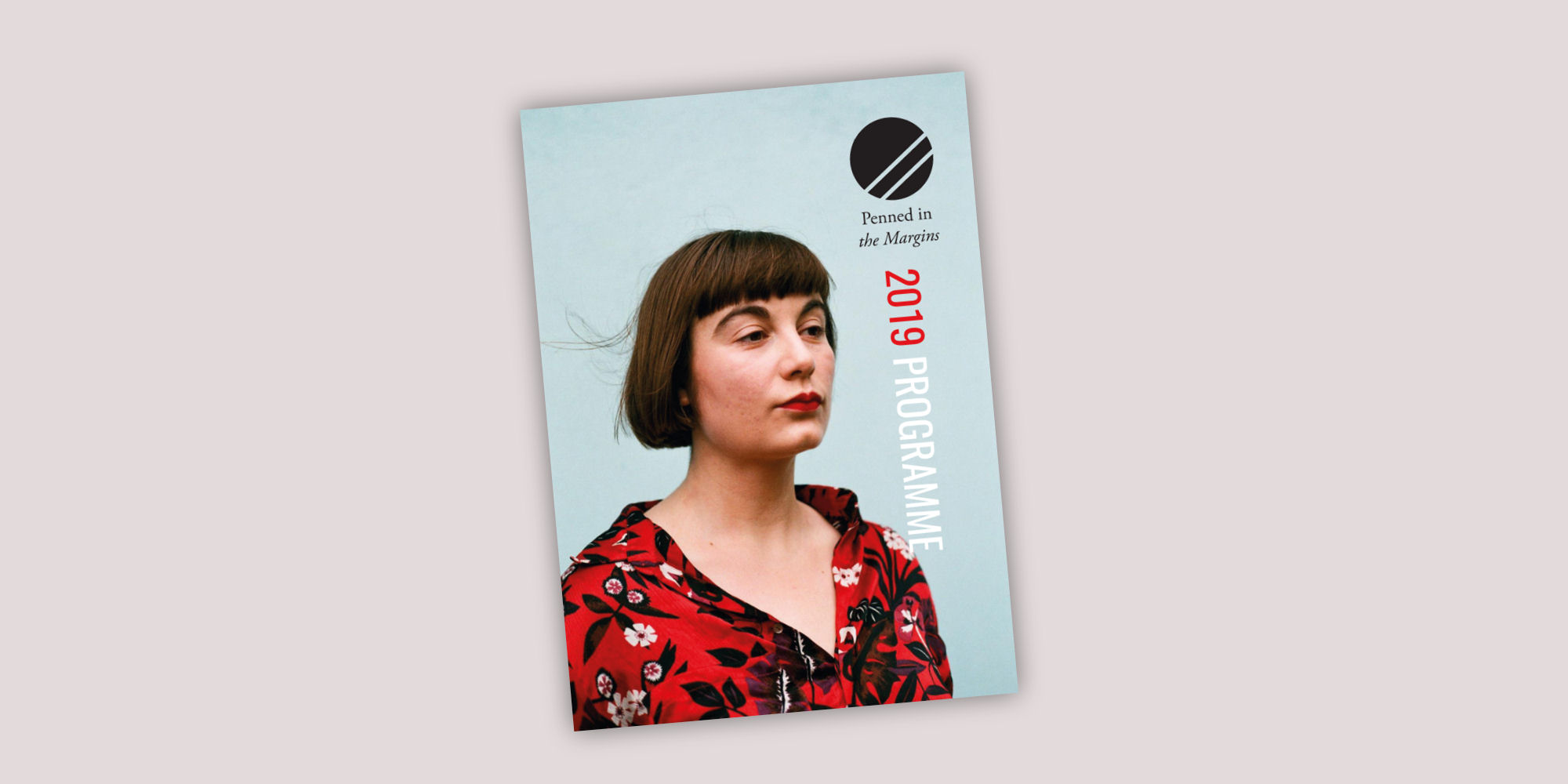