"a multiple narrative of various timescapes" 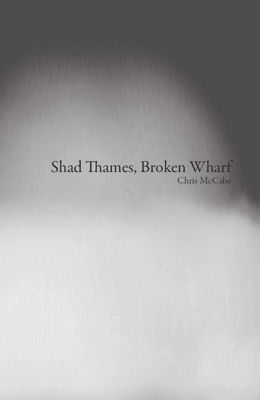 Shad Thames, Broken Wharf is a play of voices that spans centuries of changes across the Docklands, allowing past ghosts to be heard above the white noise of the polemical present.

Shad Thames, Broken Wharf is a play of voices that spans centuries of changes across the Docklands, allowing past ghosts to be heard above the white noise of the polemical present.

Set in a pub that has stood on the site since the sixteenth century, we eavesdrop on a conversation between three characters – Echo, a middle-aged woman who has lived her life in the area; Blaise, a northerner who finds resonances with the more familiar docks at Liverpool; and the gregarious landlord, a Londoner with ‘the knowledge’. Breaking into the dialogue, The Restructure is a sinister, all-knowing Public Service Announcement with ‘advice’ to share with anyone who’ll listen…

Shad Thames, Broken Wharf is published as a boxed, limited edition mini-book. Each copy is signed, numbered and hand-printed, and contains a unique object (or objects) mudlarked from the shore of the Thames.

‘an elegy, an urban bucolic around the river and its Eastern banks’
Giulia Merlo, Culture Wars

‘Amidst the piss, the alcohol, the river, flows the drunken drivel of two characters reflecting on transient moments in their lives, the history of this corner of the world […] this is an impressionist, fragmentary take on the dregs left behind by civilization, past and present, in all its mess and glory. Rather ambitious for a slim play. McCabe pulls it off though. Loved this.’
Afric McGlinchey, Sabotage 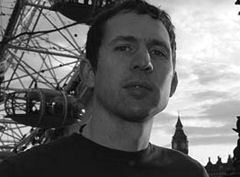 Chris McCabe was born in Liverpool in 1977. He has published two collections, The Hutton Inquiry (Salt, 2005) and Zeppelins (Salt, 2008), and a pamphlet The Borrowed Notebook (Landfill, 2009). He works as Joint Librarian of The Poetry Library and lives in London and Liverpool with his wife and son.