A Body Made of You 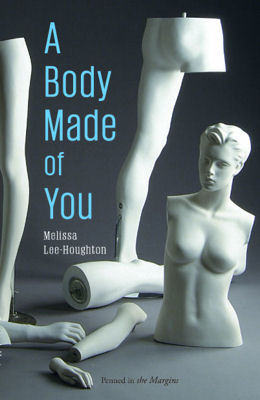 Charged with sexuality and an uncomfortable sense of the strange, A Body Made of You introduces a powerful new voice in poetry.

I do not write to you, but of you,
because the paper that we write on
is our perishable skin.

Melissa Lee Houghton’s A Body Made of You is a series of poems written for other writers, artists, strangers, lovers and friends. The process began by interviewing each muse, and then working from photographs and in a couple of cases, paintings of them or by them. Charged with sexuality and an uncomfortable sense of the strange, this debut collection introduces a powerful new voice in poetry.

“Melissa Lee-Houghton’s highly original and innovative debut might be considered an epistolary tour-de-force, split into fifteen sections dealing with Others identified only by their forename. We begin to see those named through the refractions and concerns of the poems, as they conjure relationships and exchanges, memories and transgressions in strikingly off-kilter, compelling narratives that often contain piercingly memorable lines. The final Other of the collection is actually a sublime self-portrait played out in the form of an interview and indeed the whole book can be seen as an extended interview or interrogation of intimacy. It is an extraordinary achievement and a must-read book for 2011.”
Chris Hamilton-Emery

“Melissa Lee-Houghton’s A Body Made Of You is a restless book; images pile high full of a deep questioning of the friends, lovers and strangers who populate these poems. This collection is an intense ‘naming of parts’ made of body, soul, and memory.”
John Siddique

“I feel alive when I read Melissa’s poetry. It is raw, anthropological and sassy. Sympathetic studies of character, gender and address that poke, prod, irritate and echo. She has a penetrative gaze, a deep compassion and turn of phrase that recalls Alan Bennett. Her dramatic glimpses of being are full of honesty, wit and understanding. Pour yourself a favourite tipple and imbibe. You will feel the range of psychology; her emotional and poetic register and be in awe at its resonance. You will see her double vision.”
David Caddy

“Reading [these poems] reminded me of being on a roller-coaster: you go up, you come down, you lurch, you think you might be coming off, you don’t quite know where you are going next.”
Sheila Hamilton, Tears in the Fence

“the most fascinating, beautiful poetry collection I have read in years … so damn beautiful that it made my chest physically hurt”
Jen Campbell (also, interview with Melissa here)

“[Melissa Lee Houghton’s] words are soaked in this tension between body and mind, between who we are supposed to be and the god-awful gorgeousness of who we really are.”
The Hipster Book Club

“The fearlessness of the voice in these poems is exciting, as is the wealth of surreal imagery, which – like the images in a dream-world – make a strange, sideways sense.”
Amy McCauley, Ink Sweat & Tears

“A kind of echolocation or sonar is employed here – often lengthy, the poems return again and again to the human body, building off its peculiar there-ness, its mixture of solidity and elasticity.”
Jon Stone, Dr Fulminare 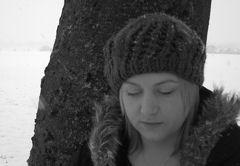 Melissa Lee-Houghton was born in Wythenshawe, Manchester in 1982. Her poetry, short fiction and reviews have been published in literary magazines such as Succour, The Short Review, Magma and Tears in the Fence. She lives in Blackburn, Lancashire.

Find out more about Melissa Lee-Houghton 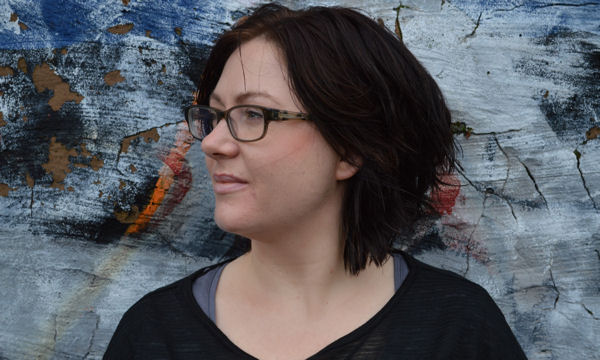