The Shipwrecked House longlisted for the Guardian First Book Award

We’re totally thrilled to announce that the debut collection of poems by Claire Trevien, The Shipwrecked House, has been longlisted for the Guardian First Book Award 2013 as their readers’ nomination.

The news is reported in The Guardian by Liz Bury, and by trade paper The Bookseller.

Penned in the Margins editor Tom Chivers was quoted as saying:

Claire will have a cult following in the future. I discovered her while judging a poetry prize and asked her to submit a manuscript which was playful and surreal. Claire is someone who’s able to be quite exploratory with form, but is also very readable.

You can also read the blog by Guardian Books’ Richard Lea on the process of finding the readers’ choice. He said:

Trévien’s subjects range from Cyrano de Bergerac’s defiant “fuck you to Death” to Great British Bake-Off tweets, from communion wine to a skit on the death of the author, couched in verses which stretch from a straightforward(ish) sonnet to a fractured riff on the violin and beyond to a disintegration of Antony Gormley’s Another Place which evaporates towards nothingness over the space of four pages.

This is the second year running that the public has voted in a book of poetry – so it’s continued good news for our little  corner of the literary world! The rest of the ten-strong longlist will be announced soon. In the meantime, why not find out what all the fuss is about by ordering a copy. 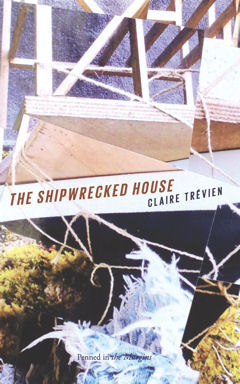