The Greek Crisis ignites a radical new generation of poets

From Grexit to Troika, the ongoing crisis in Greece has spawned a whole new vocabulary and dominated newspaper headlines for over five years. Now, a powerful and timely anthology offers a poetic reply to the social and economic disaster which still threatens to overturn the whole European project.

Times of protest and political upheaval have always inspired poets and artist; and beyond the headlines, elections and debt agreements a powerful Greek literary movement has been stirring. Futures: Poetry of the Greek Crisis (published 5 Nov 2015) introduces a new generation of writers inspired to highlight the plight of a country in a continual state of emergency.

Many of the poems in Futures explore the gradual, often violent, modification of personal and collective identity in a time of crisis. From a city whose walls bear urgent messages and complex political graffiti come dynamic, angry voices.

“the gouged marble, the graffiti scrawls,
the statue standing like something outraged
remind you, you who yearned to live beyond this,
that hope marked you too.”

from ‘This City’ by Adrianne Kalfopoulou

Futures is divided into four sections named after banking jargon such as ‘Implementation’ and ‘Adjustment’, thus undercutting the language of global finance even at a structural level. And in many poems, Greece’s Classical heritage and reputation as ‘the birthplace of Democracy’ come under scrutiny.

“We’ve lost our marbles – Elgin took a chunk –
Caryatids, gone on strike, sit down instead;
Teargas lingers like a whiff of skunk.”

from ‘Austerity Measures’ by A.E. Stallings

Futures is edited and translated into English by Athenian writer Theodoros Chiotis and features poems from prominent Greek poets, poets of Greek descent, and others personally affected or moved by the struggle to survive and resist. A vital snapshot into the Greek crisis, this is poetry that mourns the fall, damns the greed, and pounds a drum for change.

from ‘Incomplete Syntax’ by Dimitra Ioannou

Futures: Poetry of the Greek Crisis will be launched at London’s Free Word Centre on Friday 13 November. Get your tickets here

For further information, to request review copies, or to arrange an interview with Theodoros Chiotis, please contact his publicist James Trevelyan on 020 7375 0121 or james@pennedinthemargins.co.uk. 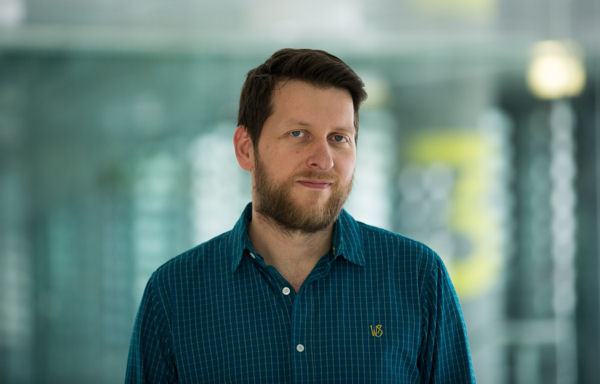 Theodoros Chiotis (editor) is a poet and literary theorist. His work has appeared in magazines and anthologies in Greece, the UK, the US, Sweden, Croatia and Australia. He is Project Manager at the Cavafy Archive (Onassis Foundation) and a DPhil candidate in the Department of Modern Greek at the University of Oxford. He lives in Athens.

Penned in the Margins creates publications and performances for people who are not afraid to take risks. We believe in the power of language to challenge how we think, test new ideas and explore alternative stories. We operate across the arts, collaborating with writers, artists and creative partners using new platforms and technologies. Their award-winning publications include Adventures in Form, Mount London and poetry collections by Luke Wright, Claire Trévien, Siddhartha Bose and Melissa Lee-Houghton. Their first novel, Midland by Honor Gavin, is shortlisted for the 2015 Gordon Burn Prize.