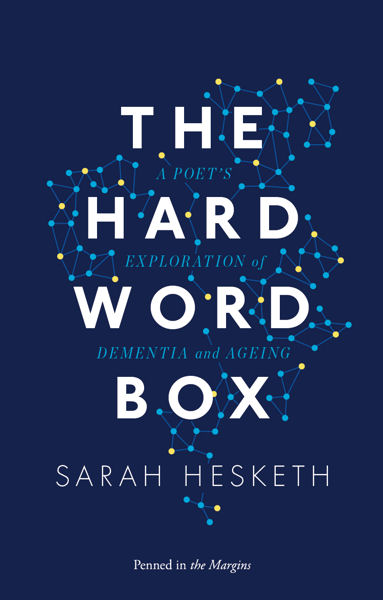 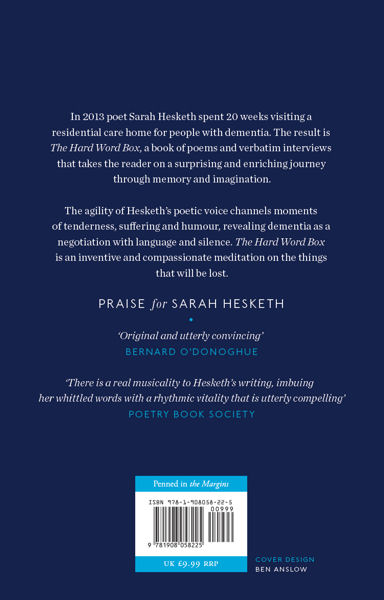 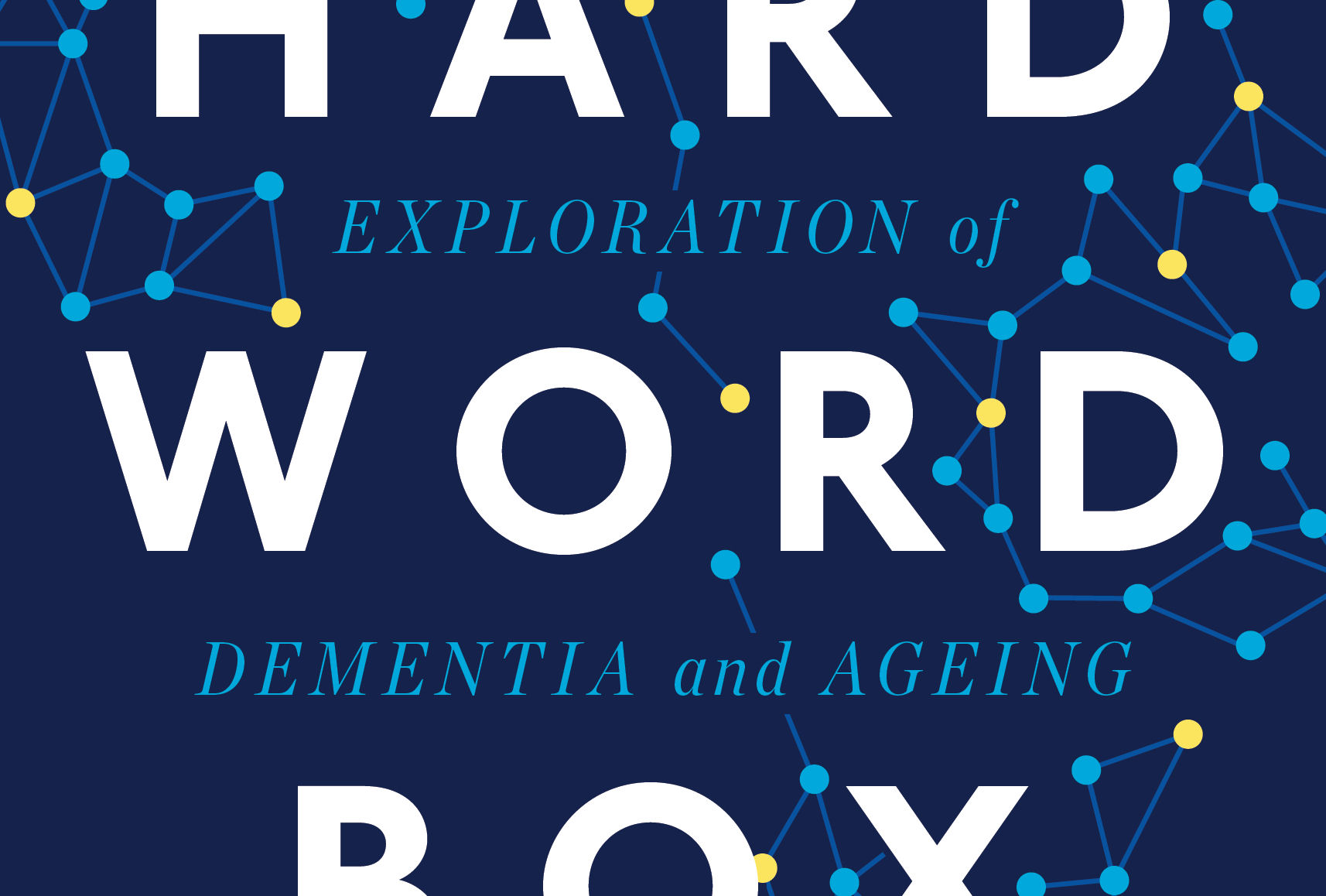 The Hard Word Box is a book of poems and verbatim interviews that takes the reader on a surprising and enriching journey through memory and imagination.

In 2013 poet Sarah Hesketh spent 20 weeks visiting a residential care home for people with dementia. The agility of Hesketh’s poetic voice channels moments of tenderness, suffering and humour, revealing dementia as a negotiation with language and silence. The Hard Word Box is an inventive and compassionate meditation on the things that will be lost.

The Hard Word Box is an exploration of language and through it, humanity. It shows what language can do. It is also in its wisdom, at peace with the limits of language.
Anja Konig, Sabotage Reviews

In The Hard Word Box's mix of found poetry, prose transcripts of conversations that are fascinating and engrossing in their own right, and poetic insights, Hesketh as a detached observer has avoided sentimentality and sent back a despatch from the social care frontline - and at the same time produced a work that extends the boundaries of poetic investigation into a subject that is likely to affect nearly every one of us.
Greg Freeman, Write Out Loud 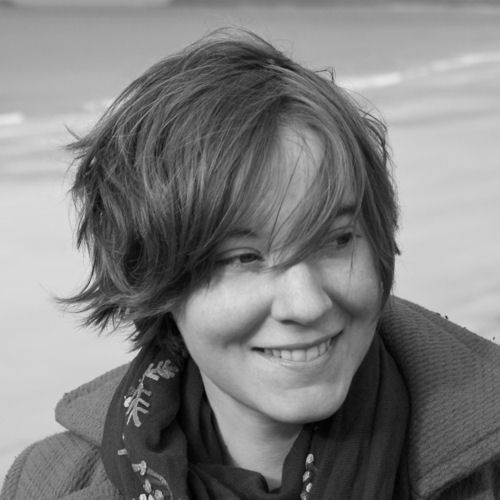 Sarah Hesketh is a poet and freelance project manager. She holds an MA in Creative Writing from UEA and her work has appeared in a number of magazines and anthologies including The White Review, Soundings, Catechism: Poems for Pussy Riot and Binders Full of Women. In 2007 her collaboration with composer Alastair Caplin was performed at the Leeds Lieder Festival. Her first collection of poetry, Napoleon’s Travelling Bookshelf, was published by Penned in the Margins in 2009. In 2013-14 she was a poet in residence with Age Concern Central Lancashire.