Like a cross between the Guardian’s Writers’ rooms and MTV Cribs, our ‘Where I write’ series brings you up close and personal with the furniture of our authors’ lives to discover where – and how – the magic happens. In this episode, former pro skateboarder turned poet Olly Todd shares the view from his writing desk in Lewes.

William and Dorothy Wordsworth’s first glimpse of the sea was at Whitehaven on the Cumbrian coast; my hometown. They were visiting their paternal uncle Richard who was the town’s Collector of Customs. Dorothy cried at the sight. In later life, William would regard the event as his first memory of his beloved sister’s remarkable sensibility*. The Wordsworth children hailed from the market town of Cockermouth, fourteen miles inland. It was here they took the shells they had gathered on the beach that day and relived the sounds of the sea by placing them to their ears. But it thrills me to know they at least spent time – formative time – in my corner of the county. Indeed, William did actually live in Whitehaven for a spell in 1794. 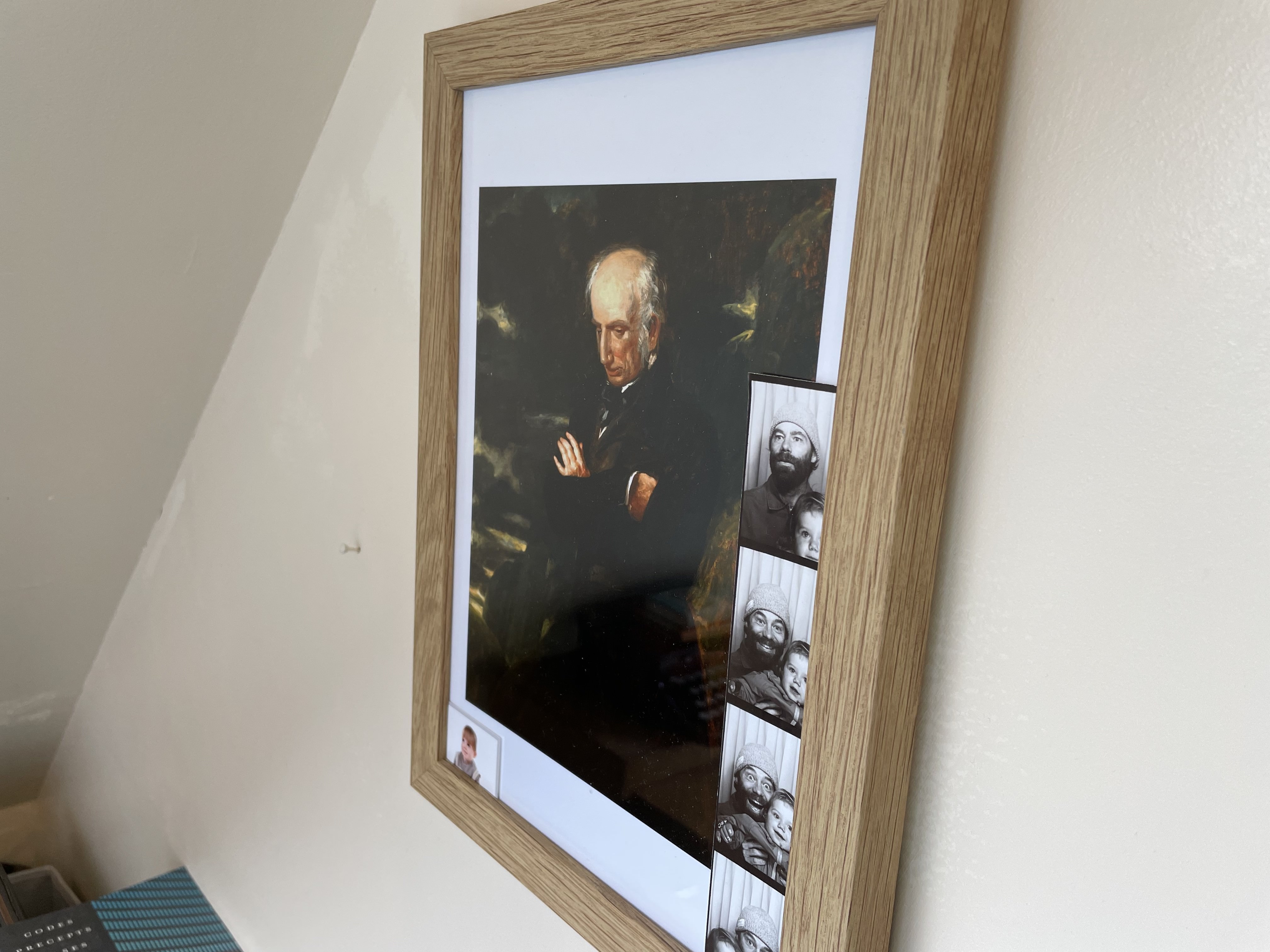 It’s his portrait – brooding on Helvellyn (whose onomatopoeic name perfectly captures the mountain’s perilously ridged summit) – that hangs above my writing desk. Our shared Cumbrianness is one connection that justifies the picture’s place to me. The other is that most niche of literary subgenres, skate poetry. Albeit of the ice skating variety in Wordsworth’s case, as opposed to skateboarding in mine. The sequence in The Prelude that has him gliding ‘across the reflex of a star / That gleamed upon the ice’ is to my knowledge the best-achieved poetic expression of (any form of) skating’s fleeting sensation. My quest for anything anywhere near it in my own poems is ongoing. Having him watching over me as I write is both a comfort and a spur.

The room in which my writing desk sits is on the top floor of our house in Lewes, East Sussex. Up in the eves, but not – despite the term some bureaucratic estate agents and negligent surveyors tried to bestow upon it – a loft conversion. A period fireplace in the adjoining bedroom tells you this was an original storey of the house. It’s more an outsized landing than a room. ‘Hobby rooms’ they’re sometimes called. Almost fitting I suppose but alas, poetry is far more serious than that! A Velux window in the sloping roof reveals a mighty flintstone Anglican church to the east and, if you lean out far enough and look south, the town’s Norman castle, high on its earthwork hill. (Cockermouth has a ruined Norman castle, too.) Between these two stone sentinels is a sort of deep valley of back gardens running down from the rear of a lofty Georgian terrace whose houses’ windows, when lit from within, create an almost Dahlian world; you imagine a hundred and one dalmatians in woofing correspondence across the hedgerows at dusk. It’s a beautiful view. I’m very happy with it. I write in Microsoft Word on a modestly priced PC laptop. I’m very happy with that, also. And I write in Times New Roman for reasons that require no explanation. I don’t use line spacing until I sense a poem’s completion nearing, at which point I go one-point-five. The transformation, from hunched, bunched block of text to air-filled, breathable poem is never not satisfying. It’s tantamount to an endorphin hit. Writing poems is fun! 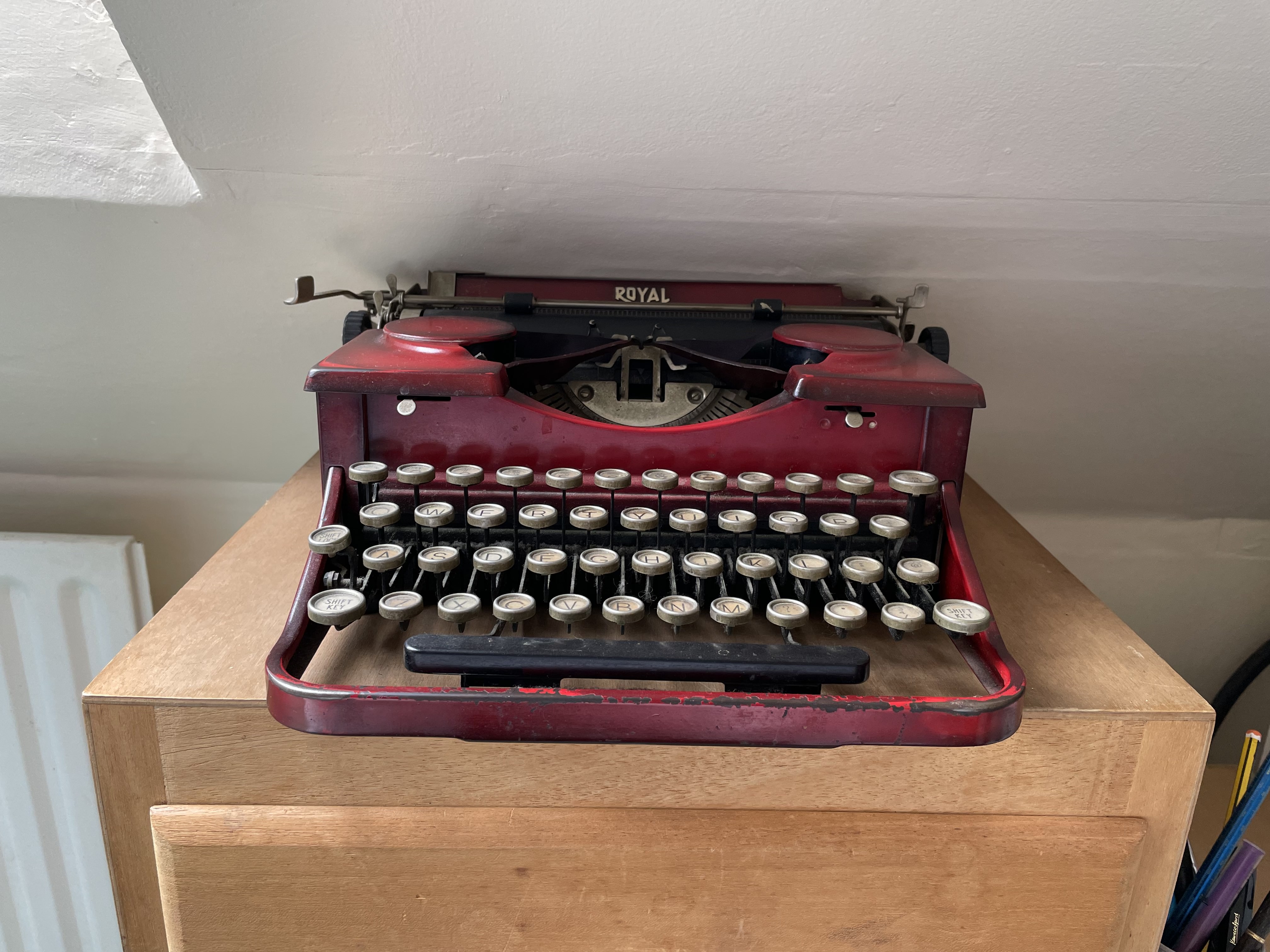 My writing process has changed markedly over the years. I made the switch from manual typewriter to laptop (second-hand Mac until the new PC) about seven or eight years ago. As an itinerant English skater in America, I’d often buy a typewriter from a local thrift store if I was going to be in one place for a while, then leave it with whomever I was staying upon moving on; the heavy old things don’t exactly lend themselves to packing light. One machine though, a beautiful deep-red Royal I received as a birthday present, did stay with me and made the trip home across the Pond as carry-on luggage. Too valuable to abandon: at a repair shop (jammed typebars) one day in Eagle Rock in LA the proprietor blurted out its would-be value on the vintage market, then had the cheek to offer me a fraction of that price to take it off my hands. No thanks, pal.

Working on typewriters, I used to create draft upon draft of poems, and keep them all too, thinking every original image or technical solution or line-break variant they contained would be crucial during the editing process. No thought left behind! The shift to a laptop has led to a less ponderous writing practice, as well as a more productive one. Perhaps the most notable shift in how I write though has been the ceasing of writing drunk. I don’t know where this impulse came from as a young poet, but it’s a mug’s game. It creates a too-insular and blinkered perspective, feeds sentimentality, limits one to writing in the wee hours, prevents any kind of routine, and blocks craft despite the protestations spoken by its voice of inebriated ‘inspiration’.

* Jonathan Bate ‘Radical Wordsworth: The Poet who Changed the World’

Out for Air by Olly Todd is out now. 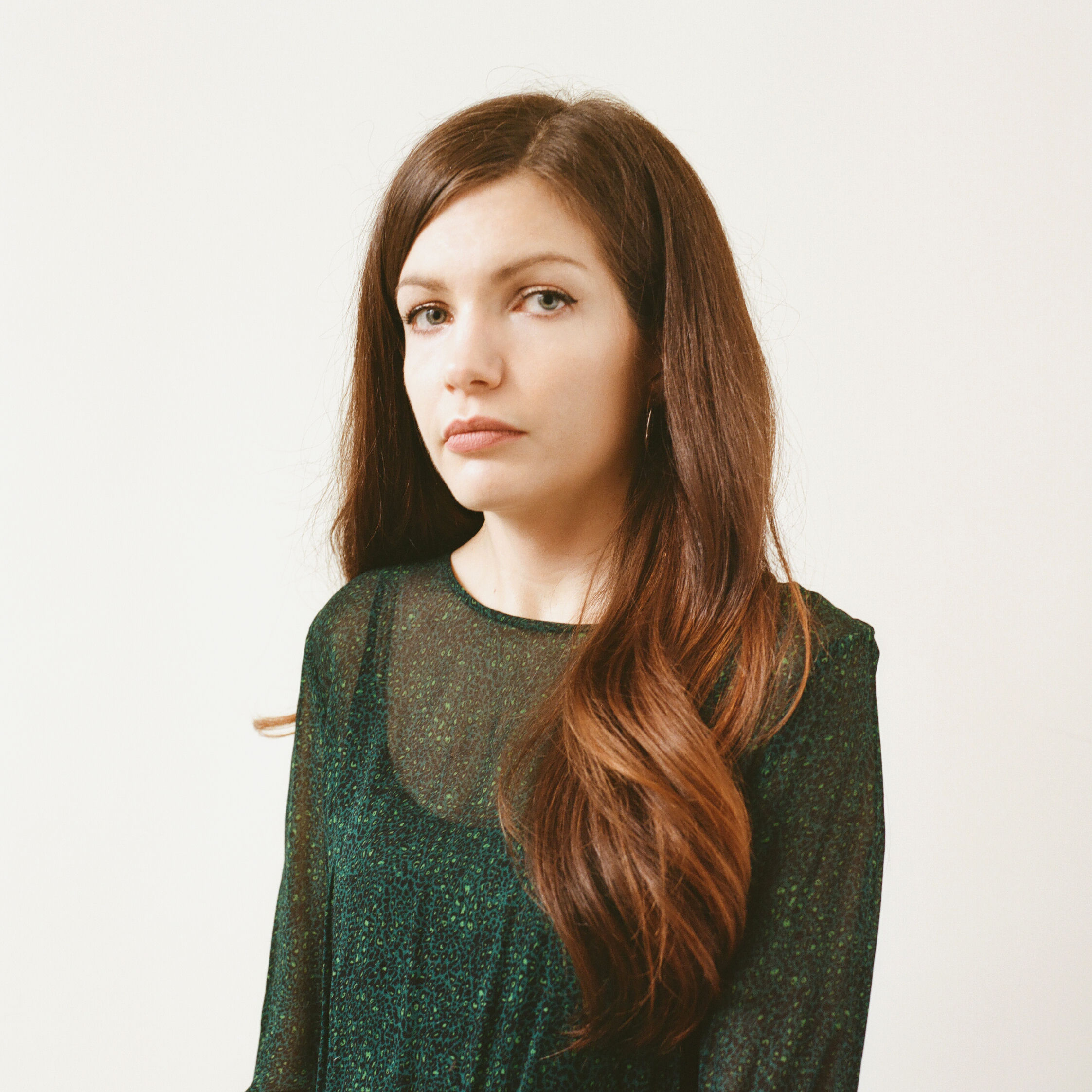